Vadya means something in Buddhism, Pali, Hinduism, Sanskrit, the history of ancient India, Marathi, Hindi. If you want to know the exact meaning, history, etymology or English translation of this term then check out the descriptions on this page. Add your comment or reference to a book if you want to contribute to this summary article.

Alternative spellings of this word include Vady. 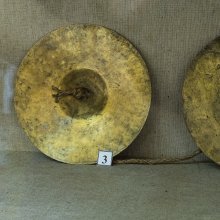 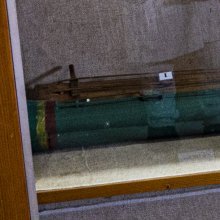 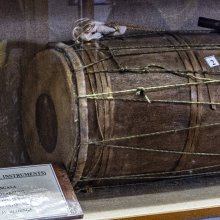 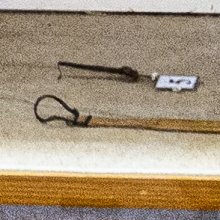 Vādya (वाद्य) is a Sanskrit technical term referring to “instrumental music”, according to the Nāṭyaśāstra chapter 28. It is also known as Ātodya.

Vādya (वाद्य) refers to “(pleasing) musical instruments” and is used in the worship of Gaṇeśa, according to the Padmapurāṇa 1.65 (“The Slaying of Kālakeya”).—Accordingly, as Vyāsa said:—“[...] The king is not angry with him; plague does not occur in his house; he does not feel the dearth (of anything); he does not suffer from weakness after (i.e. due to his) having worshipped Gaṇeśa. ‘(My) salutation to the chief of the Gaṇas, who removes all difficulties, who was worshipped even by gods for accomplishing their desired objects’. The sacred formula is: ‘Om, salutation to Gaṇapati’. He, who would worship the protector of the Gaṇas, with flowers dear to Viṣṇu, and other fragrant flowers, with modakas, fruits, roots and other seasonal things, with curds and milk, pleasing musical instruments [i.e., vādya—priyairvādyairapi], and with incense and (other) fragrant (objects) obtains success in all undertakings. [...]”.

Vādya (वाद्य) refers to “musical instruments”, according to the Śivapurāṇa 2.3.7.—Accordingly, after the Goddess (Umā/Śivā) incarnated as Pārvatī by becoming the daughter of Menā:—“[...] The lord of mountains rejoiced on seeing the child shining in dark splendour like that of the blue lotus. All the citizens there, both men and women, rejoiced much. There were great festivities. Different sorts of musical instruments [i.e., vādya] were played. Auspicious songs were sung. The dancing girls exhibited their saltatorial skill. The lord of mountains performed post-natal sacred rites and made charitable gifts to the Brahmins. [...]”.

Vādya (वाद्य) is a general name for “musical instruments” that existed in ancient Kashmir (Kaśmīra) as mentioned in the Nīlamatapurāṇa.—The Nīlamata says that the land of Kaśmīra was thronged with ever-sportive and joyful people enjoying continuous festivities. Living amidst scenes of sylvan beauty they played, danced and sang to express their joys, to mitigate their pains, to please their gods and to appease their demons.

Vādya (वाद्य) refers to “playing musical instruments” (specific tāla during certain rituals) and represents one of the various upacāras (offerings), in pūjā (ritual worship), as defined in the Śaivāgamas.—Pūjā consists of offering hospitality, in the form of water to wash the feet, to drink, water for ablutions, offering a bath, new clothes, fragrant unguents, fragrant flowers and ornaments, food and so on. Each step in the pūjā process is called “saṃskāra” and each offering is called “upacāra” [viz., Vādya].

These are known as

Vādya (वाद्य) refers to “music”, according to Mahāprajñāpāramitāśāstra (chapter 15).—Accordingly, “[...]Actually, [even while he speaks], the Buddha is not disturbed and is always resting in samādhi; but as a result of his merits acquired in earlier existences, he utters sounds and answers in the manner of an echo. Like a heavenly musical instrument that emits sounds automatically, like a precious stone that automatically gives people everything they desire in the way of clothing, food or music (vādya), the Buddha speaks automatically through all the pores of his body and preaches the Dharma according to the wishes [of his listeners] without any action, thought or conception on his part. [...]”.

Vādya.—(SITI), a musical instrument. Note: vādya is defined in the “Indian epigraphical glossary” as it can be found on ancient inscriptions commonly written in Sanskrit, Prakrit or Dravidian languages.

vādyā (वाद्या).—m (vāda) A disputant, an opponent in argument: also a disputatious or quarrelsome person. 2 (Vulgar.) An antagonist or opponent in general.

2) Dark or second (said of the fortnight of a lunar month; vadyapakṣaḥ the dark fortnigt).

Vadya (वद्य).—(nt. ? = Pali vajja, which is usually derived from Sanskrit varjya, tho this is not used as a noun in this sense; if so, vadya would be a false Sanskritization of vajja, as in next), fault, sin: (read) aṇumātreṣu vadyeṣu bhaya- darśāvī Mahāvastu iii.52.1 = Pali aṇumattesu vajjesu bhayadas- sāvī (see Critical Pali Dictionary s.v. aṇumatta), seeing danger in (even) very small faults; a common phrase in Pali; since Pali vajja is common in other locutions, there seems no doubt that we must read vadyeṣu; mss. corrupt, °mātreṣevadyeṣu or °mātreṣvabandheṣu; Senart em. °mātreṣv āvadyeṣu (intending Sanskrit avadyeṣu? this would seem plausible but for the close Pali parallel).

(-dyaṃ) Any musical instrument. E. vad to sound, aff. ṇyat; to be sounded or played.

Vādya (वाद्य).—[adjective] to be spoken or to be played (blown) on; [neuter] speech or musical instrument.

Vadya (ವದ್ಯ):—[adjective] fit to be talked about.

2) [noun] that which is uttered, spoken; speech.

3) [noun] the second half of a lunar month in which the moon gradually grows less.

Knowledge of Music in the Śiśupālavadha < [Introduction]

The Essentials of Karnatic Music < [March-April, 1929]