Udayagiri means something in Hinduism, Sanskrit, the history of ancient India, Marathi. If you want to know the exact meaning, history, etymology or English translation of this term then check out the descriptions on this page. Add your comment or reference to a book if you want to contribute to this summary article. 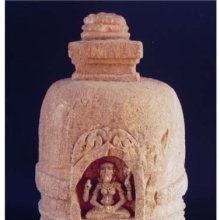 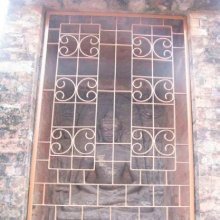 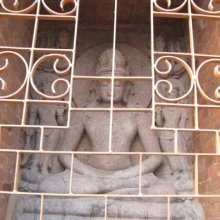 1) Udayagiri (उदयगिरि).—The mountain of the rising. It is supposed by poets that the Sun and the Moon rise from this mountain.

Udayagiri.—The earliest Hindu caves, which belong to the early 5th century, are seen at Udayagiri, near Bhilsa in Madhya Pradesh.

Udayagiri (उदयगिरि) or simply Udaya refers to a country (=mountain?) belonging to “Pūrvā or Pūrvadeśa (eastern division)” classified under the constellations of Ārdrā, Punarvasu and Puṣya, according to the system of Kūrmavibhāga, according to the Bṛhatsaṃhitā (chapter 14), an encyclopedic Sanskrit work written by Varāhamihira mainly focusing on the science of ancient Indian astronomy astronomy (Jyotiṣa).—Accordingly, “The countries of the Earth beginning from the centre of Bhāratavarṣa and going round the east, south-east, south, etc., are divided into 9 divisions corresponding to the 27 lunar asterisms at the rate of 3 for each division and beginning from Kṛttikā. The constellations of Ārdrā, Punarvasu and Puṣya represent the eastern division consisting of [i.e., Udayagiri] [...]”.

[«previous (U) next»] — Udayagiri in India history glossary
Source: What is India: Annual Report on Indian Epigraphy (1945-1952)

Udayagiri is an archaeologically important site situated in Bhilsa district (Madhya Bharat), known for inscriptions regarding the ancient history of India. For example, at Udayagiri there is a Sanskrit inscription in the Amṛta cave which records the renovation, possibly of a temple of Viṣṇu, by Kanha. Mentions also Chandragupta and Vikramāditya. It is dated V. S. 1093.

Udaya-giri.—(IA 22), the mythical Sun-rise mountain. Note: udaya-giri is defined in the “Indian epigraphical glossary” as it can be found on ancient inscriptions commonly written in Sanskrit, Prakrit or Dravidian languages.

[«previous (U) next»] — Udayagiri in Marathi glossary
Source: DDSA: The Molesworth Marathi and English Dictionary

udayagiri (उदयगिरि).—m (S) udayācala m (S) The eastern mountain behind which the heavenly bodies are supposed to rise.

[«previous (U) next»] — Udayagiri in Sanskrit glossary
Source: DDSA: The practical Sanskrit-English dictionary

Udayagiri (उदयगिरि).—[masculine] the eastern mountain, behind which the sun rises (cf. asta).

Udayagiri (ಉದಯಗಿರಿ):—[noun] the eastern mountain behind which the sun, moon, and stars appear to rise from.

Search found 30 books and stories containing Udayagiri, Udaya-giri; (plurals include: Udayagiris, giris). You can also click to the full overview containing English textual excerpts. Below are direct links for the most relevant articles: