Sucihasta means something in Hinduism, Sanskrit. If you want to know the exact meaning, history, etymology or English translation of this term then check out the descriptions on this page. Add your comment or reference to a book if you want to contribute to this summary article.

Alternative spellings of this word include Suchihasta. 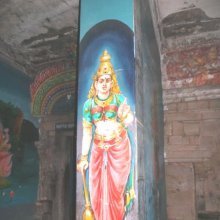 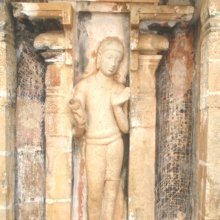 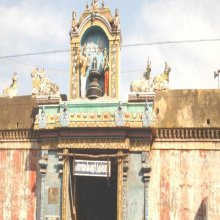 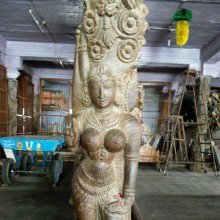 Sūcīhasta (सूचीहस्त) has been misunderstood by some Sanskrit scholars to mean the hand that carries a sūcī or needle. For example, Mr. Nāgendranātha Vāsu in giving a description of the goddess Mārīcī, as found in the Sādhanamālātantra, renders the expression vajrāṅkuśa-śara-sūcidhārī-dakṣiṇakarām as “the goddess who holds in her right hands a vajra, a goad, an arrow and a sūcī.” But, like the tarjanīhasta, the sūcīhasta, also denotes a hand-pose, in which the projected forefinger points to an object below, whereas in the tarjanīhasta the forefinger has to point upwards, as if the owner of the hand is warning or scolding another.

Sūcīhasta (सूचीहस्त) or simply Sūcī refers to “point” and represents one of the twenty-four gestures with a single hand, as defined according to texts dealing with śilpa (arts and crafs), known as śilpaśāstras.—Accordingly, pratimā-lakṣaṇa (body postures of the icons) is comprised of hand gestures (hasta, mudrā or kai-amaiti), stances/poses (āsanas) and inflexions of the body (bhaṅgas). There are thirty-two types of hands [viz., sūcīhasta] classified into two major groups known as tolirkai (functional and expressive gestures) and elirkai (graceful posture of the hand).

(Description of Sūcī-hasta): When the forefinger is held vertically upward from the palm, and the remaining fingers are held in kaṭaka-hasta, the form is known as sūcī-hasta.