Shash means something in Buddhism, Pali, Hinduism, Sanskrit, Marathi, Hindi, biology. If you want to know the exact meaning, history, etymology or English translation of this term then check out the descriptions on this page. Add your comment or reference to a book if you want to contribute to this summary article.

The Sanskrit terms Ṣaṣ and Śas and Śās and Ṣaḍ and Śāḍ and Śaṣ and Śad can be transliterated into English as Sas or Shash or Shas or Sad or Shad, using the IAST transliteration scheme (?). 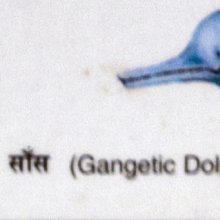 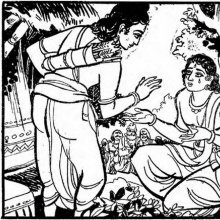 Ṣaḍ (षड्) refers to an attribute of rasa and is mentioned in verse 1.15 of the Aṣṭāṅgahṛdayasaṃhitā (Sūtrasthāna) by Vāgbhaṭa.—Ṣaḍ has been regarded by the scholiasts as an attribute of rasa (14c), in obvious analogy to sapta and dhātu (13bc), though an enjambment like this is none too frequent in Sanskrit. In Tibetan, it has been connected with dravya, which shows that the translators read ṣaḍdravyam (in one word) rather than sad dravyam (in two words), taking the phrase for a dvigu.

1) Ṣaṣ (षष्) or Ṣaṇmāsa refers to “six months” (observance of the raudravrata), according to the Kiraṇatantra chapter 49 (dealing with vratacaryā).—Accordingly, “Garuḍa spoke: ‘You have taught me, O great Lord, the activities of the Neophyte, the Putraka and the Ācārya. Tell me those of the Sādhaka’. The Lord spoke: ‘[...] This is the auspicious Raudra-vrata: imposing with a chignon of matted locks, marked by a trident and khaṭvāṅga, equipped with a clean half skull, awe-inspiring with a third eye, clothed in the skin of a tiger, peaceful. For one firm [in this observance, the highest siddhi will arise in six months] (ṣaṣ-māsa—ṣaḍbhirmmāsaiḥ); middling [powers] in four months; the lowest [powers] will arise in three months. [...]’”.

2) Ṣaṣ (षष्) or Ṣaḍdiś refers to “six (directions)”, according to the Vṛtti on the Īśvarapratyabhijñākārikā 1.5.6, 20-21.—Accordingly, “Moreover, [the existence of] the external object is refuted by a means of [valid] knowledge if it has parts, because of [the necessity then] of attributing to it contradictory properties, etc.; [and it is contradicted] in many ways if it has no parts, because [then] it must be in contact with the six directions (diś-ṣaṭka-yoga-ādi), etc.”.

3) Ṣaṣ (षष्) or Ṣaḍdhātu refers to the “(theory of the) six elements”, according to Utpaladeva’s Vivṛti on Īśvarapratyabhijñākārikā 1.5.6.—Accordingly, “[...] For it is not [universally acknowledged that] no [perception] at all can be accounted for without speculating about the [imperceptible] sense organs; thus some propound the theory of the six elements (ṣaḍdhātu) while not taking the sense organs into account in any way, [and] others defend the theory of the two [sorts of combinations of four elements—namely, the sort that produces consciousness and the one that does not—without taking imperceptible sense organs into account either]. [...]”

1) Ṣaṣ (षष्) or Ṣaḍaṅga [=aṅgaṣaṭka?] refers to the “six (Aṅgas)” (of the Mṛtyuñjaya-mantra), according to the Netratantra of Kṣemarāja: a Śaiva text from the 9th century in which Śiva (Bhairava) teaches Pārvatī topics such as metaphysics, cosmology, and soteriology.—Accordingly, [verse 2.28cd-33]—“Now, I shall explain the limbs of the mantra, with which, tied together, he achieves perfection. [...] The netra [aṅgamantra], [which is] most powerful and destroys all faults, begins with Bhairava [j], and an oṃ [and] situated with a head always in motion [y]. That astramantra is proclaimed ajīvaka [pha] joined with ṭa. The six Aṅgas (aṅgaṣaṭka) of the mantrarāṭ [i.e., the mṛtyuñjayamantra], which confers siddhis, is declared”.

2) Ṣaṣ (षष्) or Ṣaṭkāraṇa refers to the “six (causes) (of the great sounds)”, according to the Netratantra.—Accordingly, [verse 22.15]—“[Praṇava enables him to grasp] the great six-fold path (ṣaṣ-prakārā) [of emanation an reabsorption]. [This path is] established by the six causes (ṣaṣ-kāraṇa-padasthita) [of the great sounds]. [The Mantrin] makes sacrifices [into fire] with all knowledge (vidyā), which has been propelled by the sound juṃ”.

Ṣaṣ (षष्) or Ṣaḍdevī refers to the “six (Goddesses)”, according to the Kularatnoddyota (verse 2.4cd-10).—Accordingly, “[The Śrīkula is] accomplished by the Command and, supremely divine, it is adorned with the lineage of the Śrīkrama. [...] It is called the Lineage of the Siddhas and is attended by Yoginīs and Siddhas. (The teaching concerns) many Wheels and it is presided over by the Six Goddesses (ṣaṣ-devī-adhiṣṭhita). It includes the six-fold deposition and its forms are Mudrā and maṇḍala. It includes (the teachings concerning) the group of eight Mothers and the liturgy of the Sacred Seats, the beginningless liturgy called that of the Child, Youth and the Aged. [...]”.

Ṣaṣ (षष्) or Ṣaḍindriya refers to the “six sense organs”, according to Mahāprajñāpāramitāśāstra (chapter 19).—Accordingly, “When generosity is practiced, the six sense organs (ṣaṣ-indriya) are purified (prasanna) and a good mind of desire (kuśalakāmacitta) is produced. When this is produced, the inner mind (adhyātmacitta) is purified. When the virtues (guṇa) of the fruit of retribution (vipākaphala) are considered, a mind of faith (śraddhacitta) is produced. The body (kāya) and the mind (citta) become softened (mṛdutaruṇa), joy (ānanda) arises. Joy having arisen, a ‘single-mindedness’ (ekacitta) is obtained, thanks to which real wisdom (bhūtaprajñā) is produced: these are the good dharmas that are acquired”.

1) A technical name for the termination of the acc. plural.

— With upa upa, see śiṣya above.

— vyava fall off or asunder. pari fall by the side.

Sad (सद्).—1. sīdati (te), [participle] satta & sanna (q.v.) sit, seat one’s self ([especially] for a sacrifice) on, at, or in ([accusative] or [locative]); lie down, around or in wait for ([accusative]); sink beneath a burden, feel ill, become feeble, tired or languid, be overcome, fall into trouble, distress, or despair; decay, vanish. [Causative] sādayati cause to sit down; set or place in, at, or on ([locative]); afflict, distress, bring down, ruin, destroy.

Sās is a Sanskrit compound consisting of the terms sa and as (अस्).

Sās is a Sanskrit compound consisting of the terms sa and as (अस्).

Sās is a Sanskrit compound consisting of the terms sa and ās (आस्).

—to administer the laws (with dharmam, ‘to adm° justice’), [Mahābhārata];

—to direct, bid, order, command, enjoin, decree (with an [infinitive mood] or a sentence followed by iti), [ib.];

—to sit down ([especially] at a sacrifice), sit upon or in or at ([accusative] or [locative case]), [Ṛg-veda; Atharva-veda; Vājasaneyi-saṃhitā; Śatapatha-brāhmaṇa];

—to sit down before, besiege, lie in wait for, watch ([accusative]), [Ṛg-veda; Aitareya-brāhmaṇa];

—to sink down, sink into despondency or distress, become faint or wearied or dejected or low-spirited, despond, despair, pine or waste away, perish, [Manu-smṛti; Mahābhārata] etc. :—[Passive voice] sadyate ([Aorist] asādi, sādi, [Ṛg-veda]) :—[Causal] sādayati, te ([Aorist] asīṣadat), to cause to sit down or be seated, place down, put upon or in ([locative case]), [Ṛg-veda] etc. etc.;

Verse 1.4.2 < [Chapter 4 - Description of Questions About the Lord’s Appearance]

Chapter 333 - Metres having equal characteristics in the alternate quarters (ardhasama) 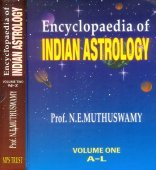