Samnidhi means something in Hinduism, Sanskrit, Buddhism, Pali, the history of ancient India, Hindi. If you want to know the exact meaning, history, etymology or English translation of this term then check out the descriptions on this page. Add your comment or reference to a book if you want to contribute to this summary article. 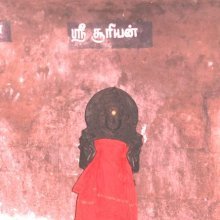 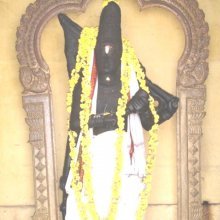 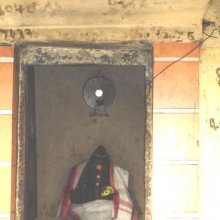 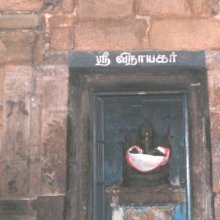 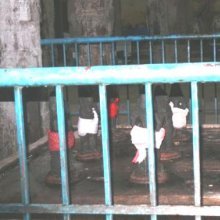 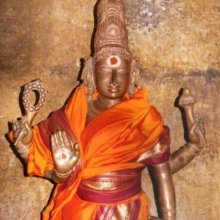 Sannidhi (सन्निधि).—Proximity, that is, utterance of words without interval.

Sannidhi (सन्निधि) or Sannidhimudrā is the name of a mudrā described in the Īśvarasaṃhitā 67.—Accordingly, “the two hands are to be joined and turned upwards. The two thumbs shall be away from own little finger. This is sannidhimudrā”. Mūdra (eg., Sannidhi-mudrā) is so called as it gives joy to the tattvas in the form of karman for those who offer spotless worship, drive out the defects which move about within and without and sealing up of what is done.

Saṃnidhi (संनिधि) refers to “approaching” [?], according to the Śivapurāṇa 2.3.20 (“The story of the submarine fire”).—Accordingly, as Brahmā said to Nārada: “[...] Taking that fire mare-like in form, at the will of Śiva, I, the lord of the worlds, went to the sea shore, for the benefit of the worlds. O sage, on seeing me arrived there, the sea took a human form and approached me [i.e., saṃnidhi] with palms joined in reverence. Bowing to and duly eulogising me, the grandfather of all the worlds, the ocean said lovingly”.

Sannidhi.—cf. sannadi (SII 1), presence of a deity; the front of a temple. Note: sannidhi is defined in the “Indian epigraphical glossary” as it can be found on ancient inscriptions commonly written in Sanskrit, Prakrit or Dravidian languages.

1) Putting down together, juxtaposition.

8) The object of an organ of sense (indriyaviṣaya).

(-dhiḥ) 1. Proximity, approximation. 2. Perceptibility, presence, appearance, becoming or being visible or perceptible. 3. Placing. 4. Receiving. 5. A receptacle. E. sam and ni before dhā to have, and ki aff.; also sannidha and sannidhāna .

Vakyapadiya (study of the concept of Sentence) (by Sarath P. Nath)

6. Requisites for Understanding the Sentence-Meaning (introduction) < [Chapter 2 - Perspectives on the Concept of Sentence]

5.2. Various Means of Ascertainment of Meaning < [Chapter 3 - The Concept of Sentence and Sentence-Meaning]