Same means something in Hinduism, Sanskrit, the history of ancient India, Jainism, Prakrit. If you want to know the exact meaning, history, etymology or English translation of this term then check out the descriptions on this page. Add your comment or reference to a book if you want to contribute to this summary article. 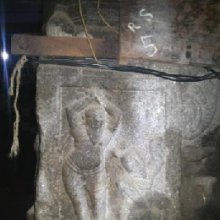 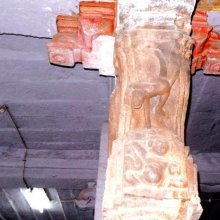 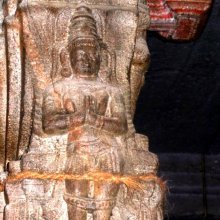 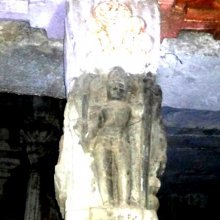 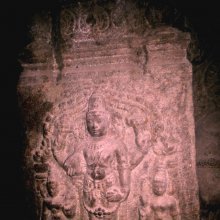 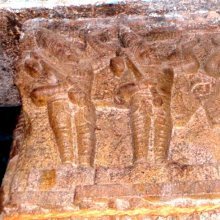 Same (“millet (panicum miliare)”) is one of the exogamous septs (divisions) among the Kurubas (a tribe of South India). The Kurubas are sub-divided into clans or gumpus, each having a headman or guru called a gaudu, who gives his name to the clan. And the clans are again sub-divided into gotras or septs (viz., Same).

2) To go through, march across.

Same is a Sanskrit compound consisting of the terms samā and i (इ).

—to unite with ([instrumental case]) in marriage, [Rāmāyaṇa];

—to emulate, cope with ([accusative]), [Rāmāyaṇa];

— (with yogam) to lead or join together, form an alliance between ([genitive case]) and ([instrumental case]), [Śvetāśvatara-upaniṣad] (= saṃ-gamayya, [Śaṃkarācārya])

Same (समे) in the Sanskrit language is related to the Prakrit word: Same.

Same (समे) in the Prakrit language is related to the Sanskrit word: Same.

3) [verb] to form an image by chiseling a stone; to carve; to sculpture.

1) [verb] to be used up or expend completely; to be exhausted.

3) [verb] to be worn out (as from continuous or long usage).

6) [verb] to become thin; to lose much flesh or weight.

9) [verb] to feel distresed in the mind; to worry.

10) [verb] to destroy completely; to erase; to eradicate.

Same (ಸಮೆ):—[noun] a metal stand that holds a lamp or lamps.

3) [noun] another grass Panicum miliare of the same family.

Search found 441 books and stories containing Same, Sam-e, Sama-i, Samā-i, Samē, Sāme; (plurals include: Sames, es, is, Samēs, Sāmes). You can also click to the full overview containing English textual excerpts. Below are direct links for the most relevant articles:

Part 4 - Karma, Manas and the Categories < [Chapter XII - The Philosophy of the Yogavāsiṣṭha]