Samabhanga means something in Hinduism, Sanskrit. If you want to know the exact meaning, history, etymology or English translation of this term then check out the descriptions on this page. Add your comment or reference to a book if you want to contribute to this summary article. 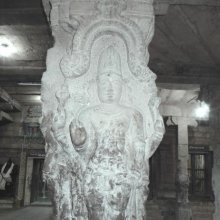 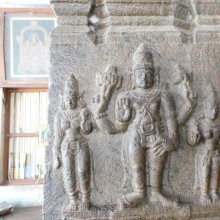 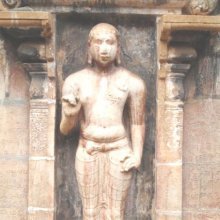 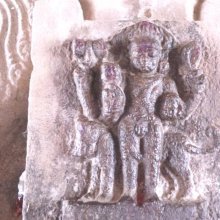 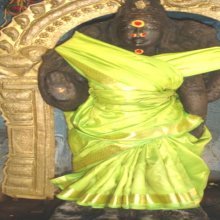 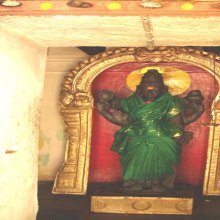 [«previous (S) next»] — Samabhanga in Shilpashastra glossary
Source: Google Books: The Book of Hindu Imagery: Gods, Manifestations and Their Meaning

Samabhanga-asana; Literally: without bending. The normal starting position for standing representations. The god stands with his weight spread equally over his two feet, his body erect in tranquil equilibrium. A variation of this asana is sthanu, the pillar position”, (see illustration). This is the petrified position, e.g., of Shiva as an ascetic, when he stands deep in meditation for such a long time that one universe ends and another is created. Thus, another name for this aspect of Shiva is, Sthanu, “he who stands like a pillar.”

Samabhaṅga (समभङ्ग) refers to one of the three types of bhaṅga (“inflexions of the body”) which is one of the three divisions of pratimālakṣaṇa (body postures of the icons), as defined according to texts dealing with śilpa (arts and crafs), known as śilpaśāstras.—The bend in the body of an icon is called bhaṅga (flexions or attitudes). Samabhaṅga is the equipoise body where the right and the left of the figure are disposed symmetrically, the sutra or plumbline passing through the navel from the crown of the head to a point midway between the heels. The bhaṅgas play a vital role in the postures of the deities and also while depicting them in dance. Gods and goddesses are mostly found in samabhaṅga pose, which is equivalent to the nata and unnata of dancing...

Chapter 67 - The measures along the plumb lines (pralamba-lakṣaṇa)