Sahasrara means something in Hinduism, Sanskrit, Jainism, Prakrit. If you want to know the exact meaning, history, etymology or English translation of this term then check out the descriptions on this page. Add your comment or reference to a book if you want to contribute to this summary article. 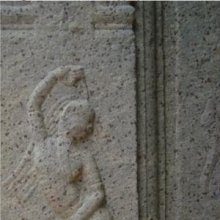 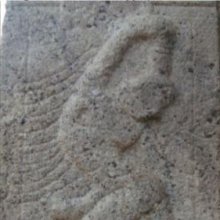 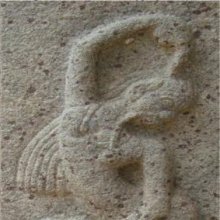 Sahasrāra (सहस्रार).—The highest cerebral region is known as sahasrāra. Through yogic exercise this kuṇḍalini-śakti has to be pushed up through the two main nerves, iḍa and piṅgala, so that it may reach the sahasrara or the highest cerebral region where it should meet its source. Then the nectar which reached the sahasrāra is consumed by the yōgic practitioner forms the final stage of this kuṇḍalini-yoga.

Sahasrāra = thousand, infinite. The Sahasrāra Chakra is located on the crown of the head beneath the Fontanelle, which is easily visible in a new-born child. It is also known as the Thousand-petalled Lotus, Brahmrandhra (door to Brahma) and Source of Light (because a supernatural light as bright as the sun radiates from it).

No other light approaches the brilliance of the sun. In the same way the radiance of all other Chakras fades before the incomparable radiance of the Sahasrāra Chakra. The Sahasrāra possesses no special colour or quality. Its light contains all colour vibrations united in the incomparable brilliance of pure light. The energy of all Nādīs flows together here, just as the water of a thousand rivers comes together in the sea.

Sahasrara, is the seventh primary chakra, according to Hindu tradition.

The Sahasrara, or white lotus, is located either at or slightly above the top of the head. (see Sahasrara system of minor chakras below).

The Sahasrara is described as having 1,000 multi-colored petals, which are arranged in 20 layers, each of them with approximately 50 petals. The pericarp is golden and a circular moon region is inscribed on it with a downward pointing triangle.

The Sahasrara Chakra symbolises detachment from illusion; an essential element in obtaining supramental higher consciousness of the truth that one is all and all is one.

Often referred to as a thousand-petaled lotus, it is said to be the most subtle chakra in the system, relating to pure consciousness, and it is from this chakra that all the other chakras emanate. When a yogi is able to raise his/her kundalini, energy of consciousness, up to this point, the state of Nirvikalpa Samādhi is experienced. This stage is said to bring about rebirth or the siddhis, occult powers, of transforming into the divine, and being able to do whatever one wishes.

In some schemes of chakras, there are actually several chakras that are all closely related at the top of the head. Rising from Ajna, we have the Manas chakra on the forehead, which is closely associated with Ajna. Above Manas there are Bindu Visarga at the back of the head, Mahanada, Nirvana, which is located on the crown, Guru, and the Sahasrara proper, located above the crown.

Sahasrāra (सहस्रार) refers to a heavenly abode (kalpa) inhabited by Kalpopapanna gods, according to Jain cosmological texts in both the Śvetāmbara and Digambara tradition. The Kalpopapannas (‘those born in the heavens’) represent a sub-species of the Vaimānika gods, which in turn represents the fourth main classification of devas (gods). This kalpa is also known as Sahasrārakalpa. In this specific kalpa, instead of bodily coition, a more and more refined sort of sexual satisfaction takes its place. The associated leśyā is white. There are ten such kalpas being ruled over by sixty-four Indras (heavenly kings).

In Jain iconography, the associated animal symbol of the Sahasrāra-kalpa is a elephant (prakrit: gaya, sanskrit: gaja). These animals are depicted in a cosmological text of the Śvetāmbara tradition known as the Saṃgrahaṇīratna (“jewel of the compilation”), also known as the Trailokyadīpikā (“illumination of the triple world”), written by Śrīcandra in the 12th century.

Sahasrāra (सहस्रार) is the son of Vidyādhara-king Aśanivega from Rathanūpura, according to the Jain Ramayana and chapter 7.1 [origin of the rākṣasavaṃśa and vānaravaṃśa] of Hemacandra’s 11th century Triṣaṣṭiśalākāpuruṣacaritra (“lives of the 63 illustrious persons”): a Sanskrit epic poem narrating the history and legends of sixty-three important persons in Jainism.

Accordingly:—“[...] Ghanodadhiratha bestowed the kingdom, Kiṣkindhā, on his son, named Kiṣkindhi, took initiation, and attained emancipation. Now in the city Rathanūpura on Mt. Vaitāḍhya at that time there was a Vidyādhara-king, Aśanivega. He had a son, Vijayasiṃha, victorious, and a second, Vidyudvega, like additional arms for him. [...] One day King Aśanivega, in whom a desire for emancipation had arisen, bestowed the kingdom on his son, Sahasrāra, and took initiation. [...]”.

Sahasrāra (सहस्रार) refers to one of the sixteen heavens (kalpa) hosting the sixteen classes of empyrean celestial beings (vaimānika), according to the 2nd-century Tattvārthasūtra 4.19. The living beings residing in the vimānas are called the empyrean gods (vaimānika) and represents one of the four classes of Devas.

Sahasrāra (सहस्रार).—a kind of cavity in the top of the head, resembling a lotus reversed (said to be the seat of the soul).

Sahasrāra is a Sanskrit compound consisting of the terms sahasra and ara (अर).

2) [v.s. ...] m. n. a kind of cavity said to be found in the top of the head and to resemble a lotus reversed (fabled as the seat of the soul), [cf. Lexicographers, esp. such as amarasiṃha, halāyudha, hemacandra, etc.]

Sahasrāra (ಸಹಸ್ರಾರ):—[adjective] having one thousand (or a large number of) teeth (said of disc-weapons as of Viṣṇu).

2) [noun] a disc-weapon (as of Viṣṇu) which has one thousand (or a large number of) cutting teeth.

3) [noun] the fifteenth of the sixteen Jaina heavens.

Verse 4.29 - Lifetime in the first two Kalpa among the heavenly beings < [Chapter 4 - The Celestial Beings]

Verse 4.31 - Lifetimes of Deva from Brahmaloka to Acyuta kalpa < [Chapter 4 - The Celestial Beings]

Part 32: Description of the Upper World (ūrdhvaloka) < [Chapter III - The initiation and omniscience of Ajita]