Roman means something in Buddhism, Pali, Hinduism, Sanskrit, Marathi, Hindi, biology. If you want to know the exact meaning, history, etymology or English translation of this term then check out the descriptions on this page. Add your comment or reference to a book if you want to contribute to this summary article. 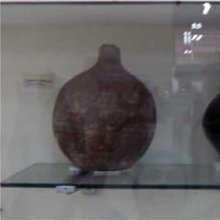 Roma (रोम) is a name mentioned in the Mahābhārata (cf. II.28.49, II.47.26) and represents one of the many proper names used for people and places. Note: The Mahābhārata (mentioning Roma) is a Sanskrit epic poem consisting of 100,000 ślokas (metrical verses) and is over 2000 years old.

Roma is the name of an ancient kingdom mentioned in the 12th century Lokapaññati (“description of the world”), a Pali text from Burma.—[...] The Lokapaññati’s rendition of the story begins as a tale of two kingdoms: that of Pāṭaliputta (Sanskrit: Pātaliputra ) and the distant land of “Roma”. Roma, according to the story, was filled with makers of automata—what the text calls literally “machines that were the vehicles of spirits,” bhūtavāhanayanta, or mechanical beings animated by a kind of life force. In Roma, these machines carried out many functions, like commerce (buying and selling), agriculture, and protection. The secrets of this technology were fiercely guarded, and the machine-makers (yantakāras) of Roma were expected to report periodically to the royal court. If there was any prolonged absence, an automaton was sent to hunt down and kill the errant artisan, preventing the knowledge from spreading to other realms.

Roman (रोमन्) refers to the “short hair on the body”, and is mentioned in verse 2.30 of the Aṣṭāṅgahṛdayasaṃhitā (Sūtrasthāna) by Vāgbhaṭa.—Accordingly, “one shall follow a middle course in all (religious and profane) matters.—One’s hair [viz., roman], nails, and beard (shall be) short, one’s feet and secretory paths not dirty”.

Note: Roman, strictly speaking, denotes the short hair on the body (Tibetan: spu; a fine example is the following kha-spu, lit. “face-hair”, which stands for śmaśru, “beard”), whereas keśa signifies the long hair of the head (Tibetan: skra). This differentiation, though neglected in the original, has been re-established by the Tibetans.

There were four kings of this name sixty thousand kappas ago, all previous births of Sataramsika Thera. Ap.i.104.

1) Roma (रोम) refers to “hair”, according to Mahāprajñāpāramitāśāstra (chapter 19).—Accordingly, “Furthermore, some say that generosity is the cause and condition (hetupratyaya) for obtaining the thirty-two marks. Why is that? [...] When one gives, one says: “May I be useful”, and the generous disposition (dānacitta) increases; this is why one obtains the marks consisting of having a high instep (utsaṅgacaraṇa) and hair standing up (ūrdhvāgra-roma). [...]”.

2) Roman (रोमन्, “hairs”) (Pali Loma) refers to one of the thirty-substances of the human body according to the Visuddhimagga, as mentioned in an appendix of the Mahāprajñāpāramitāśāstra chapter 32-34. The Mahāprajñāpāramitāśāstra mentions thirty-six substances [viz., roman]; the Sanskrit sources of both the Lesser and the Greater Vehicles, physical substances are 26 in number while the Pāli suttas list thirty-once substances.

Roma (रोम) refers to “hair”, according to the Gaganagañjaparipṛcchā: the eighth chapter of the Mahāsaṃnipāta (a collection of Mahāyāna Buddhist Sūtras).—Accordingly as The Lord said: “O Śāriputra, in the buddha-field of the Tathāgata Ekaratnavyūha, there is a Bodhisattva, the great being Gaganagañja who is resplendent by the splendor of merit (puṇya-tejas), [...] who has proclaimed the dharma from all hair-pores (sarva-roma-kūpa-dharmākhyāna)) in accordance with individual suitabilities as adorned with the dharma, has attained all qualities of a buddha on the palm of his hand as adorned with manifestation, has illuminated all buddha-fields as adorned with splendor, [...]”.

Roma (रोम) refers to the “hairs (of one’s body)”, according to the Vajratuṇḍasamayakalparāja, an ancient Buddhist ritual manual on agriculture from the 5th-century (or earlier), containing various instructions for the Sangha to provide agriculture-related services to laypeople including rain-making, weather control and crop protection.—Accordingly, [as the Nāga-kings said to Bhagavān], “O Bhagavān, we are destroyed and burnt, our bodies are set on fire. The hairs of our bodies are bristling and standing erect (roma-harṣaṇa). [...] O Bhagavān, when we all stand visibly in front of the Bhagavān, thus frightened and trembling, with the hairs on our bodies (roma-kūpa) bristling, overcome with great dreadful fear, standing all with agitated minds, O Bhagavān, how will monks be in the last time, in the last age, after the Tathāgata has departed? [...]”.

Roma in India is the name of a plant defined with Cinnamomum tamala in various botanical sources. This page contains potential references in Ayurveda, modern medicine, and other folk traditions or local practices It has the synonym Laurus tamala Buch.-Ham. (among others).

If you are looking for specific details regarding Roma, for example chemical composition, side effects, diet and recipes, extract dosage, health benefits, pregnancy safety, have a look at these references.

2) The feathers of birds.

1) Roman (रोमन्):—1. roman n. ([probably] connected with √1. ruh; cf. loman) the hair on the body of men and animals, ([especially]) short hair, bristles, wool, down, nap etc. (less properly applicable to the long hair on the head and beard of men, and to that of the mane and tail of animals), [Ṛg-veda] etc. etc.

Roman (रोमन्).—[neuter] hair (on the body of men or beasts), the feathers of a bird or the scales of a fish.

Roma (रोम) [Also spelled rom]:—(nm) (small and soft) hair (on the body); ~[kūpa] the pores on the surface of the skin; ~[guccha] cirri; ~[pūrṇa] hairy, lanate; ~[rājī] see [romālī; ~harṣaka] thrilling; awful, dreadful, terrible; ~[harṣaṇa] horripilation; -[roma meṃ] in the whole being, throughout the body; •[basanā] to pervade through the whole being; -[roma se] with heart and soul, with one’s whole being.

1) [noun] the hair on the body of human beings and animals.