Ramana means something in Buddhism, Pali, Hinduism, Sanskrit, Jainism, Prakrit, Marathi, Hindi. If you want to know the exact meaning, history, etymology or English translation of this term then check out the descriptions on this page. Add your comment or reference to a book if you want to contribute to this summary article.

Alternative spellings of this word include Ramna. 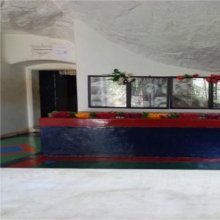 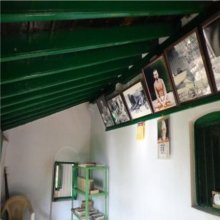 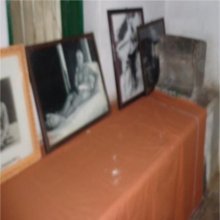 2) Ramaṇa (रमण).—(RAMAṆAKAM). An island near Dvārakā where, according to Chapter 38 of the Southern Text of Bhārata, there was a forest. It was in this island that Vinatā, mother of Garuḍa and Kadrū, mother of the nāgas lived. Garuḍa, after freeing his mother from her slavery evicted the nāgas from this island. (Brahmāṇḍa Purāṇa, Chapter 17). Following the eviction, many of the prominent nāgas lived in Pātāla. But, Kāliya, in fear of Garuḍa, lived in Kālindī. After his suppression by Śrī Kṛṣṇa Kāliya, with his family, as advised by Kṛṣṇa returned to Ramaṇakam. (Bhāgavata, 10th Skandha).

Ramaṇa (रमण) is a name mentioned in the Mahābhārata (cf. I.60.20) and represents one of the many proper names used for people and places. Note: The Mahābhārata (mentioning Ramaṇa) is a Sanskrit epic poem consisting of 100,000 ślokas (metrical verses) and is over 2000 years old.

In the middle of these nine regions (e.g., Ramaṇa) is situated the golden mountain named Meru which rises above the surface of the earth by 84,000 yojanas while it penetrates the circle of the earth to a depth of sixteen yojanas.

Ramaṇa (रमण) refers to one of the 130 varṇavṛttas (syllabo-quantitative verse) dealt with in the second chapter of the Vṛttamuktāvalī, ascribed to Durgādatta (19th century), author of eight Sanskrit work and patronised by Hindupati: an ancient king of the Bundela tribe (presently Bundelkhand of Uttar Pradesh). A Varṇavṛtta (e.g., ramaṇa) refers to a type of classical Sanskrit metre depending on syllable count where the light-heavy patterns are fixed.

Ramaṇa (रमण) or Ramaṇagītā refers to one of the sixty-four Gītās commonly referred to in Hindu scriptures.—Gītā is the name given to certain sacred writings in verse (often in the form of a dialogue) which are devoted to the exposition of particular religious and theosophical doctrines. Most of these Gītās [i.e., Ramaṇa-gītā] originate from the Mahābhārata or the various Purāṇas.

Ramaṇa (रमण) refers to “intercourse”, according to the Lalitāsahasranāma.—Lalitā’s thousand names are eulogized in the Lalitāsahasranāma, describing the goddess’s spiritual beauty on the analogy of physical, sensuous beauty. [...] The goddess enjoys love games (ramaṇī) (310). She delights in intercourse (ratipriyā) (316) and craves for it (ramaṇa-lampaṭā) (320). She is the Playful One (vilāsinī) (340), served by Kāma, the Lord of Love (kāmasevitā) (586). The goddess is the source of Kāmadeva’s power. She gave him his sugar cane bow and arrows. [...]

The Pali name for the inhabitants of Ramanna. Cv.lxxvi.66.

Ramaṇa (रमण) refers to “sexual enjoyments” (or “sensual pleasures”) and represents one of the “thirteen difficulties”, according to the “Teraha kāṭhīyā-svādhyāya” by Jinaharṣa (dealing with the Ethics section of Jain Canonical literature), which is included in the collection of manuscripts at the ‘Vincenzo Joppi’ library, collected by Luigi Pio Tessitori during his visit to Rajasthan between 1914 and 1919.—The exposition of the ‘thirteen difficulties’ against which one should fight as they are hindrances to proper religious practice is a widespread topic in Jain literature in Gujarati. They are either listed in brief compositions or described with several verses for each of the components. The list of terms is always the same, with a few variations in designations: [e.g., sexual enjoyments or sensual pleasures (ramaṇa), ...].—See ch. Krause 1999, p. 277 for the list as found in a Ratnasañcaya-granth stanza 118.

ramaṇā (रमणा).—m (ramaṇa) A pleasure-ground; a park; public gardens or a garden &c. 2 An enclosure for gathering Brahmans to receive dakṣiṇā. 3 The distribution there of dakṣiṇā.

ramaṇā (रमणा).—m A pleasure-ground; a park. A large gathering, as of brāmhaṇa to a dinner.

4) Joy or pleasure in general.

Ramaṇa (रमण) in the Prakrit language is related to the Sanskrit word: Ramaṇa.

1) [noun] that which pleases, loves, delights.

Ramana Maharshi and his Sadhana of Silence < [January – March, 1986]