Puri means something in Jainism, Prakrit, Hinduism, Sanskrit, the history of ancient India, Marathi, Hindi, biology. If you want to know the exact meaning, history, etymology or English translation of this term then check out the descriptions on this page. Add your comment or reference to a book if you want to contribute to this summary article. 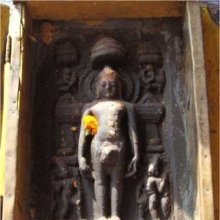 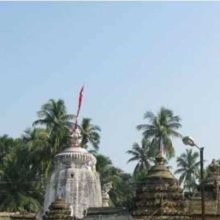 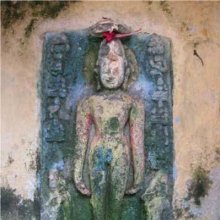 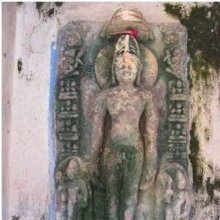 [«previous (P) next»] — Puri in Jainism glossary
Source: The University of Sydney: A study of the Twelve Reflections

Purī (पुरी).—Aihole inscription of Pulakeśin II (634 A.D.) informs us that Pulakeśin, the Cālukya king besieged Purī, the fortune of the Western sea. The exact identity of Purī is uncertain. It was the chief town of the Northern Koṅkaṇa from the time of early Cālukyas. In the light of the Alberuni’s statement about the capital of Koṅkaṇa, it has been suggested that the ancient site of Purī should be looked for at or near modern Thana, the chief town of the district of the same name in Maharashtra.

Purī (पुरी) is mentioned as a synonym for “town” or “city” according to the Amarakośa 2.2.

Purī (पुरी) is the name of a village mentioned in the Kanherī cave inscription of Pullaśakti. Koṅkaṇa including Purī and other places is North Koṅkaṇ, of which the ancient capital was Purī. The location of Purī is not yet quite certain. Some identify it with the island of Elephanta near Bombay, but, as pointed out by Cousens, this island, during the greater part of the monsoon is cut off to a great extent by rough seas. Cousens proposed to locate the place at a site about a mile north of Mārol village in the island of Sāṣṭī, where extensive ruins of old temples are noticed. The site is not, however, known by the name of Purī. Another identification suggested is with Rājapurī in the former Janjīrā State; but this place would be too far south for a capital of North Koṅkaṇ.

These copper plates (mentioning Purī) are incised in the caves at Kānherī near Bombay.  The inscription refers itself to the reign of the illustrious Pullaśakti, who meditated on the feet of the illustrious Kapardin. This date (saṃvat 765) must evidently be referred to the Śaka era, in which all the inscriptions of the Śilāhāras are dated. It corresponds to A.D. 843-44. The object of the inscription is to record that Viṣṇugupta, son of Pūrṇahari, made certain grants of money for ( the worship of) the Bhagavat (Buddha), the repairs of the vihāra, the clothing of the monks and the purchase of their (religious) books at Kṛṣṇagiri.

Puri is an archaeologically important site situated in Puri district (Orissa or Odisha), known for inscriptions regarding the ancient history of India. For example, at Puri there is an inscription in a stone in the wall of the Siddha-Hanumān temple. Some letters look like Oriya and Bengali and others Moḍi. Indifferently engraved. Purport not clear.

Puri is the name of a country mentioned in connection with overseas trading in ancient India.—The 7th-century Chinese traveller Hsuan Tsang noted that merchants left from Puri “for distant countries”.

purī (पुरी).—f A town or small city. A wheaten cake fried in butter or oil. An order of the gōsāvī. Sufficiency.

5) [v.s. ...] Name of one of the 10 orders of mendicants (said to be founded by disciples of Śaṃkara, the members of which add the word purī to their names), [Horace H. Wilson]

Purī (पुरी) in the Sanskrit language is related to the Prakrit words: Purī, Pūrī.

1) Purī (पुरी) in the Prakrit language is related to the Sanskrit word: Purī.

3) [verb] to be over roasted or parched (and become black).

4) [verb] to cook something with little oil or ghee applied on; to roast.

5) [verb] to cook (a papad, rōṭi, etc.) placing directly on the burning coal.

1) [noun] the act or process of frying something in a pan without using oil, ghee, etc.

2) [noun] a thick, strong cord made of intertwisted strands of fiber.

3) [noun] the quality of being strong; strength.

4) [noun] an encouraging or being encouraged; encouragement.

6) [noun] anything that is intertwined, intertwisted.

7) [noun] the quality or condition of being intertwined, intertwisted.

Puri (ಪುರಿ):—[noun] a kind of thin, cake made of wheat flour and fried in oil or ghee.

Pūri (ಪೂರಿ):—[noun] a kind of thin, cake having multiple layers, made of wheat flour and fried in oil or ghee.

Ananda Coomaraswamy as a Writer: His “Divine Shorthand” < [July – September 1977]