Panka means something in Hinduism, Sanskrit, Jainism, Prakrit, Buddhism, Pali, the history of ancient India, Marathi. If you want to know the exact meaning, history, etymology or English translation of this term then check out the descriptions on this page. Add your comment or reference to a book if you want to contribute to this summary article.

Paṅka (पङ्क) refers to “mud”, as mentioned in verse 5.6-8 of the Aṣṭāṅgahṛdayasaṃhitā (Sūtrasthāna) by Vāgbhaṭa.—Accordingly, “[...] Not shall one drink (water that is) turbid and covered (āstṛta) with mud [viz., paṅka], tape-grass, grass, and leaves, unseen by sun, moon, and wind, rained upon, thick, heavy, [...]: (such water) one shall not drink”.

Note: Paṅka (“mud”) has been translated tautologically by ’dam-rdzab, that is, “mud & mire”.

Paṅka (पङ्क) refers to “mud” (e.g., ‘the mud of fear’), according to the Manthānabhairavatantra, a vast sprawling work that belongs to a corpus of Tantric texts concerned with the worship of the goddess Kubjikā.—Accordingly, “I salute the venerable Kulālī, the supreme break-through, the awakening to the door of liberation. Her body is the bliss of the divine Command and, on the (transcendental) plane of Akula, she is universal consciousness. [...] The whole reality has been attained whose glorious power is unperturbed and from which the mud of fear [i.e., ātaṅka-paṅka] has been removed”.

[«previous (P) next»] — Panka in Jainism glossary
Source: The University of Sydney: A study of the Twelve Reflections

Paṅka (पङ्क) refers to the “mud” (of the cycle of rebirth), according to the 11th century Jñānārṇava, a treatise on Jain Yoga in roughly 2200 Sanskrit verses composed by Śubhacandra.—Accordingly, “Who has not been [your] relative? Which  living beings have not been your enemies, you who is mercilessly immersed in the mud of the miserable and unfathomable cycle of rebirth (paṅka-magna—durantāgādhasaṃsārapaṅkamagnasya)? Here [in the cycle of rebirth] a king becomes an insect and an insect becomes the chief of the gods. An embodied soul might wander about, tricked by [their] karma without being able to help it”.

Paṅka.—(EI 33), a share; cf. paṅga. Note: paṅka is defined in the “Indian epigraphical glossary” as it can be found on ancient inscriptions commonly written in Sanskrit, Prakrit or Dravidian languages.

1) [noun] wet, soft earth or earthy matter, as on the ground after rain, at the bottom of a pond or along the banks of a river; mire; mud.

4) [noun] transgression of divine law; any act regarded as such a transgression, esp. a wilful or deliberate violation of some religious or moral principle; any reprehensible or regrettable action, behaviour, lapse, etc.;a sin.

Verse 2.9.64 < [Chapter 9 - The Lord’s Twenty-One Hour Ecstasy and Descriptions of Śrīdhara and Other Devotees’ Characteristics] 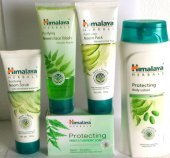