Nuna means something in Hinduism, Sanskrit, Buddhism, Pali, Jainism, Prakrit. If you want to know the exact meaning, history, etymology or English translation of this term then check out the descriptions on this page. Add your comment or reference to a book if you want to contribute to this summary article. 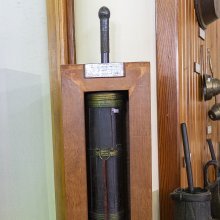 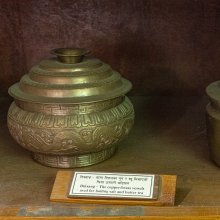 Nuna in the Tamil language is the name of a plant identified with Morinda citrifolia L. from the Rubiaceae (coffee) family. For the possible medicinal usage of nuna, you can check this page for potential sources and references, although be aware that any some or none of the side-effects may not be mentioned here, wether they be harmful or beneficial to health.

1) [noun] the fact or condition of not having enough; shortage; deficiency.

2) [noun] the fact or condition of not having any; complete absence.

Search found 7 books and stories containing Nuna, Nūna, Ṇūṇa; (plurals include: Nunas, Nūnas, Ṇūṇas). You can also click to the full overview containing English textual excerpts. Below are direct links for the most relevant articles:

Gemstones of the Good Dhamma (by Ven. S. Dhammika)