Nisa means something in Buddhism, Pali, Hinduism, Sanskrit, Marathi, Jainism, Prakrit, Hindi, biology. If you want to know the exact meaning, history, etymology or English translation of this term then check out the descriptions on this page. Add your comment or reference to a book if you want to contribute to this summary article.

The Sanskrit terms Niśā and Niśa can be transliterated into English as Nisa or Nisha, using the IAST transliteration scheme (?).

Nisa in the Marathi language is the name of a plant identified with Zingiber purpureum Roscoe from the Zingiberaceae (Ginger) family having the following synonyms: Zingiber cassumunar, Zingiber montanum auct. non (J.Koenig) Theilade. For the possible medicinal usage of nisa, you can check this page for potential sources and references, although be aware that any some or none of the side-effects may not be mentioned here, wether they be harmful or beneficial to health.

Niśā (निशा) is another name for “Haridrā” and is dealt with in the 15th-century Yogasārasaṅgraha (Yogasara-saṅgraha) by Vāsudeva: an unpublished Keralite work representing an Ayurvedic compendium of medicinal recipes. The Yogasārasaṃgraha [mentioning niśā] deals with entire recipes in the route of administration, and thus deals with the knowledge of pharmacy (bhaiṣajya-kalpanā) which is a branch of pharmacology (dravyaguṇa).

1) Niśā (निशा) is the alternative name of a Sanskrit metre (chandas) mentioned by Hemacandra (1088-1173 C.E.) in his auto-commentary on the second chapter of the Chandonuśāsana. Niśā corresponds to Tārakā. Hemacandra gives these alternative names for the metres by other authorities (like Bharata), even though the number of gaṇas or letters do not differ.

2) Niśā (निशा) refers to one of the 135 metres (chandas) mentioned by Nañjuṇḍa (1794-1868 C.E.) in his Vṛttaratnāvalī. Nañjuṇḍa was a poet of both Kannada and Sanskrit literature flourished in the court of the famous Kṛṣṇarāja Woḍeyar of Mysore. He introduces the names of these metres (e.g., Niśā) in 20 verses.

Niśā (निशा) refers to a “night”, according to the Bṛhatsaṃhitā (chapter 11), an encyclopedic Sanskrit work written by Varāhamihira mainly focusing on the science of ancient Indian astronomy astronomy (Jyotiṣa).— Accordingly, “Kumuda Ketu is a comet of the colour of the white water lily. It appears in the west with its tail pointing to the east and is visible only for a night [i.e., niśā—niśām ekām]. When it appears there will be unprecedented happiness in the land for a period of ten years. Maṇi Ketu is a comet which appears for only 3 hours occasionally; it possesses an invisible disc and appears in the west; its tail is straight and white and it resembles a line of milk drawn from a human breast. There will be happiness in the land from the very time of its appearance for four and a half months; reptiles and venomous creatures will come into existence”.

Niśa (निश) refers to a “night”, according to Brahmagupta’s Brāhmasphuṭasiddhānta verse 22.41.—Accordingly, “The Ghaṭikā-yantra is a copper vessel of the shape of a hemisphere. At the centre of the bottom is a small perforation so made that the bowl sinks sixty times in a day and night [i.e., dyu-niśa]”.

Niśā (निशा) or Rātri refers to the “night”, according to the Manthānabhairavatantra, a vast sprawling work that belongs to a corpus of Tantric texts concerned with the worship of the goddess Kubjikā.—Accordingly, “(The Śāmbhava yogi) has the authority (to perform the rites), knows the scripture and has a consort. [...] The observance of the teacher’s dictates is his vow. He resides in a mountain cave. Having established his space, he fasts and eats roots and bulbs. He is a regular initiate and eats what he has begged from houses. He is a yogi who lives in the forest. Free of duality and craving, he is intent on practicing Yoga at night [i.e., niśā]. Free of being and non-being, he is wrapped in an old blanket. ”.

Niśa (निश) refers to the “night”, according to the Amṛtasiddhi, a 12th-century text belonging to the Haṭhayoga textual tradition.—Accordingly, “The moon is on the peak of Meru and has sixteen digits. Facing downwards, it rains dewy nectar day and night (ahar-niśa)”.

[«previous (N) next»] — Nisa in Mahayana glossary
Source: archive.org: Bulletin of the French School of the Far East (volume 5)

Nisa (निस) [?] [or Niva, Nikusa, Nikuva ?] (in Chinese: Ni[Kiu]-so[p'o]) is the name of an ancient kingdom associated with Mṛgaśiras or Mṛgaśirasnakṣatra, as mentioned in chapter 18 of the Candragarbha: the 55th section of the Mahāsaṃnipāta-sūtra, a large compilation of Sūtras (texts) in Mahāyāna Buddhism partly available in Sanskrit, Tibetan and Chinese.—Chapter 18 deals with geographical astrology and, in conversation with Brahmarāja and others, Buddha explains how he entrusts the Nakṣatras [e.g., Mṛgaśiras] with a group of kingdoms [e.g., Nisa] for the sake of protection and prosperity.

nīsa (नीस).—m R Sense of soreness (in the breast or back) from a blow or from overexertion. v bhara, utara.

nīsa (नीस).—m Sense of soreness in the breast or back from a blow or from over- exertion. Substance. Scrutiny. ad Altogether.

Niśā is a Sanskrit compound consisting of the terms ni and śā (शा).

1) Ṇisa (णिस) in the Prakrit language is related to the Sanskrit word: Nyas.

1) [noun] the period from sunset to sunrise; night.

1) [noun] the period from sunset to sunrise; night.

2) [noun] the quality or state of being black; blackness.

A fragment of the Babylonian 'Dibbara' epic (by Morris Jastrow)

Verse 3.3.417 < [Chapter 3 - Mahāprabhu’s Deliverance of Sarvabhauma, Exhibition of His Six-armed Form, and Journey to Bengal]

Verse 3.3.133 < [Chapter 3 - Mahāprabhu’s Deliverance of Sarvabhauma, Exhibition of His Six-armed Form, and Journey to Bengal]

Verse 2.69 < [Chapter 2 - Sāṅkhya-yoga (Yoga through distinguishing the Soul from the Body)]

Verse 6.18.19 < [Chapter 18 - In the Course of Describing the Glories of Siddhāśrama, a Description of the Rāsa-dance Festival] 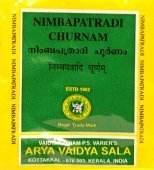