Nari means something in Buddhism, Pali, Hinduism, Sanskrit, Jainism, Prakrit, Marathi, Hindi, biology. If you want to know the exact meaning, history, etymology or English translation of this term then check out the descriptions on this page. Add your comment or reference to a book if you want to contribute to this summary article. 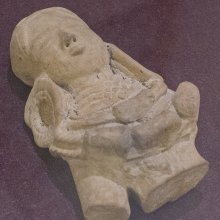 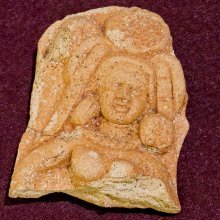 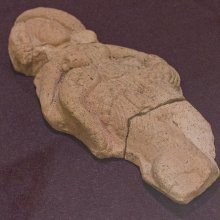 Nārī (नारी) refers to “women”, according to the Śivapurāṇa 2.3.9.—Accordingly, as Menā said to Himācala (Himavat):—“As but is natural to women [i.e., nārī-svabhāvata], the words of the sage have not been understood by me well. (I think it is better) that you perform the marriage of our daughter with a handsome bridegroom. Let the bridegroom of Pārvatī be born of a good family endowed with good characteristic signs. In every respect that marriage will yield an unprecedented happiness. Obeisance to you. Do everything necessary to make our daughter, as beloved to us as our own lives, very happy and delighted after being united with a good bridegroom”.

Narī (नरी) refers to a “maiden”, according to the Bṛhatsaṃhitā (chapter 12), an encyclopedic Sanskrit work written by Varāhamihira mainly focusing on the science of ancient Indian astronomy astronomy (Jyotiṣa).—Accordingly, “I shall now expound about the movements of the Seven Ṛṣis (Saptarṣi), through whom the northern region shines as though bedecked with a pearl necklace, like a maiden with a smiling countenance wearing a garland of white lotuses. Or by the direction of her lord—the Pole-Star (Seven Ṛṣis), the northern maiden (quarter) appears to dance round [i.e., narī-nartī] as the Seven Ṛṣis move in their course. I begin to treat of these stars adopting the views of Vṛddha Garga”.

Nārī (नारी) refers to “women (on earth)”, according to Sāhib Kaul’s Śārikāstrotra.—Accordingly, “[...] He who remembers your next syllable, which is īśa with abja, vahni, and padma, is remembered by goddesses in heaven, Nāga maidens in the netherworld, and women (nārī) on earth confused by the arrows of Kāma. One of pure mind who recites with complete devotion the lakṣmī-syllable, which is difficult for bad people to obtain, him the goddess of good fortune will always be eager to see, and although unsteady (by nature) she will remain at his doorstep out of devotion. [...]”.

Nārī (नारी) (Cf. Strī) refers to “women”, according to the 13th-century Matsyendrasaṃhitā: a Kubjikā-Tripurā oriented Tantric Yoga text of the Ṣaḍanvayaśāmbhava tradition from South India.—Accordingly, “Contempt [for these] will make him fall immediately here in this world and in the other world, O Pārvatī. He should not follow the path of the paśus [i.e. that of the uninitiated] and he should not long for the leftover of paśus. He should strive for an encounter with the Yoginīs. He should not have sex with uninitiated women. He should not give leftovers to the uninitiated. He should never abuse women (nārī). [...]”.

One of the palaces occupied by Tissa Buddha in his last lay life. Bu.xviii.17; BuA (188) calls it Narisa.

[«previous (N) next»] — Nari in Tibetan Buddhism glossary
Source: academia.edu: The Structure and Meanings of the Heruka Maṇḍala

Nārī (नारी) is the name of a Ḍākinī who, together with the Vīra (hero) named Nāracakravartin forms one of the 36 pairs situated in the Kāyacakra, according to the 10th century Ḍākārṇava chapter 15. Accordingly, the kāyacakra refers to one of the three divisions of the nirmāṇa-puṭa (emanation layer’), situated in the Herukamaṇḍala. The 36 pairs of Ḍākinīs [viz., Nārī] and Vīras are body-word-mind-color (mixture of white, red, and black); they each have one face and four arms; they hold a skull bowl, a skull staff, a small drum, and a knife.

Nārī (नारी) is the name of a river mentioned as flowing through Ramyaka together with the Narakāntā river. Ramyaka is one of the seven regions (kṣetra) of Jambūdvīpa according to Jaina cosmology. Jambūdvīpa sits at the centre of madhyaloka (‘middle world’) is the most important of all continents and it is here where human beings reside.

1) Nari in India is the name of a plant defined with Ipomoea aquatica in various botanical sources. This page contains potential references in Ayurveda, modern medicine, and other folk traditions or local practices It has the synonym Convolvulus reptans L. (among others).

2) Nari is also identified with Mikania cordata It has the synonym Eupatorium cordatum Burm.f. (etc.).

If you are looking for specific details regarding Nari, for example pregnancy safety, diet and recipes, health benefits, extract dosage, side effects, chemical composition, have a look at these references.

2) Any female or feminine object.

6) [v.s. ...] a female or any object regarded as feminine, [Vājasaneyi-saṃhitā; Taittirīya-āraṇyaka]

1) [noun] the wild dog Canis aureus, (smaller than the wolf), which often hunt prey in pack at night and eat carrion and cretin plants, believed to be sly; jackal.

2) [noun] the fibrous web at the bottom of a coconut leaf-stalk.

Verse 3.20 - The rivers dividing the regions < [Chapter 3 - The Lower World and the Middle World]

Verse 3.22 - The direction of the remaining rivers < [Chapter 3 - The Lower World and the Middle World]

Verse 3.23 - The tributaries of the rivers < [Chapter 3 - The Lower World and the Middle World] 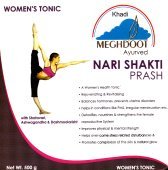