Naganatha means something in Hinduism, Sanskrit, Marathi. If you want to know the exact meaning, history, etymology or English translation of this term then check out the descriptions on this page. Add your comment or reference to a book if you want to contribute to this summary article. 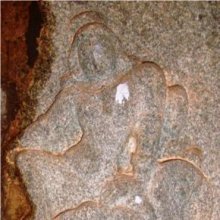 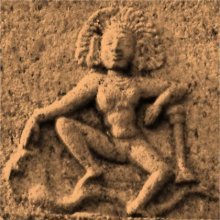 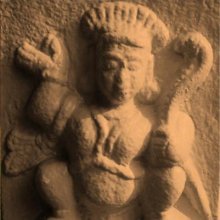 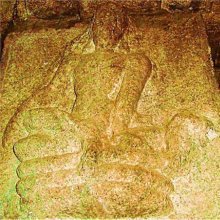 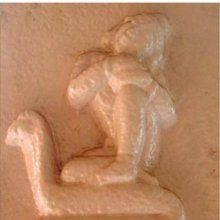 Nāganātha (नागनाथ) refers to the third representation of the nine navanātha reliefs in the Ulsūr Someśvara temple.—Next to Bhairavanātha is seated in a relaxed posture on a coiled cobra with unfurled hood (Nāga Nātha). The ascetic wears a thick necklace from which hangs a fairly large object, probably the deer horn. A round wallet is attached to his left shoulder. Large earrings, suspended from his elongated ears, rest on his shoulders.

In the Ulsūr Someśvara temple, on the south wall of the ardhamaṇḍapa, there found depictions of the navanāthas (eg. Nāganātha) in a variety of poses with huge coffiures, holding attributes such as kamaṇḍala, daṇḍa (staff) and so on. From east to west the nine sculptures of the Nāthas appear in the following order: seated respectively on a Tortoise, Vyāli, Lion, Fish, Scorpion, Snake, Antelope, Boar and Tiger.

Nāganātha (नागनाथ) or Vaidyanātha refers to one of twelve Jyotirliṅgas, according to the Śivapurāṇa 1.22 while explaining the importance of the partaking of the Naivedya of Śiva. Nāganātha is located at Deogarh Bengal.

nāganātha (नागनाथ).—m S One of the twelve lingams of Shiva.

2. The concept of vakrokti in earlier poeticians < [Chapter 1 - Vakroktijīvita: A Synoptic Survey]

3.3. The concept of figures (alaṅkāras) according to Kuntaka < [Chapter 1 - Vakroktijīvita: A Synoptic Survey]

Chapter 20 - Description of the Devotion