Mucalinda means something in Buddhism, Pali, Hinduism, Sanskrit. If you want to know the exact meaning, history, etymology or English translation of this term then check out the descriptions on this page. Add your comment or reference to a book if you want to contribute to this summary article.

Alternative spellings of this word include Muchalinda. 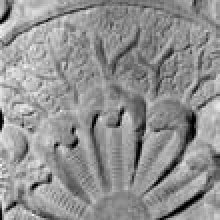 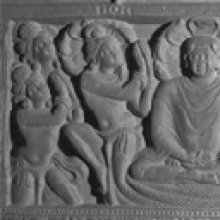 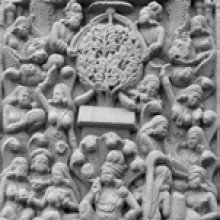 A tree near the Ajapalanigrodha in Uruvela. The Buddha spent there the third week after the Enlightenment. There was a great shower of rain, and the Naga king, Mucalinda, of the tree, sheltered the Buddha by winding his coils seven times round the Buddhas body and holding his hood over the Buddhas head (Vin.i.3; J.i.80; BuA.8, 241; Ud.ii.1; Mtn.iii.300, 302; DhSA.35).

The Udana Commentary (100f.; see also MA.i.385) adds that the space provided by the Nagas coils was as large as the floor space of the Lohapasada and that the Naga king lived in a pond near the tree.

3. Mucalinda. A king of long ago. He is mentioned (J.vi.99) in a list of those who, in spite of having given great gifts, could not penetrate beyond the realms of sense. He is, perhaps, identical with Mucalinda (1), and probably also with Mujalinda (q.v.).

Mucalinda is one of the great lakes of Himava. D.i.164.

5. Mucalinda. One of the chief Yakkhas to be invoked by the Buddhas followers in time of need. D.iii.205.

Mucalinda (मुचलिन्द) (son of Mahāmucala and father of Sāgara) is the name of an ancient king from the Solar dynasty (sūryavaṃśa) and a descendant of Mahāsaṃmata, according to the Mahābuddhavaṃsa or Maha Buddhavamsa (the great chronicle of Buddhas) Anudīpanī chapter 1, compiled by Ven. Mingun Sayadaw. These twenty-eight kings were of long lives of asaṅkhyeyya (asaṃkhyeya) years. The twenty-seven kings [viz., Mucalinda] after Mahāsammata were his descendants. Some of these twenty-eight kings reigned in Kusavatī City, others in Rājagaha and still others in Mithilā.

Search found 9 books and stories containing Mucalinda; (plurals include: Mucalindas). You can also click to the full overview containing English textual excerpts. Below are direct links for the most relevant articles:

The Buddha and His Teachings (by Narada Thera)

Chapter IV - After the Enlightenment

Chapter 2 - The Race Of Mahasammata