Lila means something in Buddhism, Pali, Hinduism, Sanskrit, Marathi, Jainism, Prakrit, Hindi, biology. If you want to know the exact meaning, history, etymology or English translation of this term then check out the descriptions on this page. Add your comment or reference to a book if you want to contribute to this summary article. 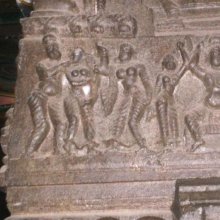 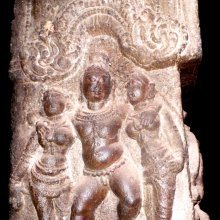 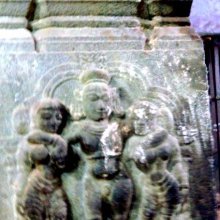 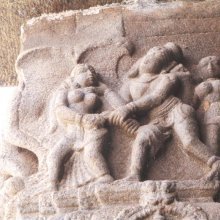 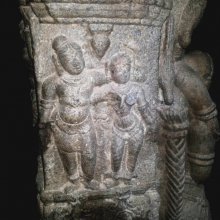 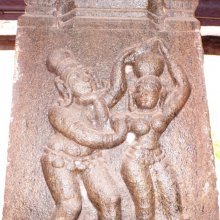 Līlā (लीला).—A transcendental “pastime” or activity performed by God or His devotee; The endlessly expanding spiritual activities and pastimes of Kṛṣṇa.

Līlā (लीला) refers to “divine sportive pastimes of the Supreme Lord or His eternal associates”. (cf. Glossary page from Śrīmad-Bhagavad-Gītā).

Līlā (लीला) refers to:—The Lord’s activities, or pastimes, of both cosmic creation and transcendental exchanges of love with His devotees. (cf. Glossary page from Śrī Bṛhad-bhāgavatāmṛta).

1) Līlā (लीला) refers to “divine sports”, according to the Śivapurāṇa 2.1.20.—“[...] thus lord Śiva who had assumed the form of Rudra performed divine sports (līlā) on the mount Kailāsa though he was foremost among Yogins. Thus lord Śiva spent some time without his divine consort. After some time He married Satī, the daughter of Dakṣa Prajāpati. Lord Śiva sported with her. Following the conventions of the world, O celestial sage, he became happy”.

2) Līlā (लीला) refers to “graceful charms”, according to the Śivapurāṇa 2.3.12.—Accordingly, after Himācala (i.e., Himālaya) brought his daughter (Pārvatī) before Śiva: “Then Śiva looked at her in the first flush of her youth. Her complexion resembled the full blown blue lotus petals. Her face appeared as the full moon. Her auspicious dress and features were the repositories of all graceful charms [i.e., samasta-līlā]. Her neck had the shape of the conch-shell. Her eyes were wide and her ears shone exquisitely. On either side, her long-rounded arms resembling a lotus-stalk shone beautifully. [...]”.

According to the Nāṭyaśāstra, “imitating the behaviour of a lover by means of relevant words, gestures and make-up (alaṃkāra, lit. ornament) which are delightful and inspired by affection, is called ‘sportive mimicry’ (līlā)”.

Līlā (लीला) or Līlāparvata is the name of a mountain whose lord is named Vikrośana: a Vidyādhara king who fought on Śrutaśarman’s side but was slain by Prabhāsa, who participated in the war against Sūryaprabha, according to the Kathāsaritsāgara, chapter 48. Accordingly: “... when they heard that [speech of Śrutaśarman], eight warriors in anger surrounded Prabhāsa.... And the third was the hero Indramālin, a prince of the Vidyādharas, lord of a host of distinguished warriors, and his home was the mountain Līlā”.

The Kathāsaritsāgara (‘ocean of streams of story’), mentioning Līlā, is a famous Sanskrit epic story revolving around prince Naravāhanadatta and his quest to become the emperor of the vidyādharas (celestial beings). The work is said to have been an adaptation of Guṇāḍhya’s Bṛhatkathā consisting of 100,000 verses, which in turn is part of a larger work containing 700,000 verses.

Lila (Sanskrit: लीला, līlā) is a concept within Hinduism literally meaning "pastime", "sport" or "play". It is common to both non-dualistic and dualistic philosophical schools, but has a markedly different significance in each. Within non-dualism, Lila is a way of describing all reality, including the cosmos, as the outcome of creative play by the divine absolute (Brahman). In the dualistic schools of Vaishnavism, Lila more simply refers to the activities of God and his devotees, as distinct from the common activities of karma.

Līlā (लीला) refers to “play”, representing one of the various actions of Māra, according to Mahāprajñāpāramitāśāstra (chapter 10).—Accordingly, “[Question: What are the works of Māra?]—[Answer].—[...] Māra has three types of actions: (a) play (līlā), laughter, idle chatter, singing, dancing, and everything that provokes desire; (b) iron fetters, beating, whipping, wounds, spikes, knives, slashing and everything that is caused by hatred; (c) [demented mortifications] such as being burned, being frozen, tearing out one’s hair, starving, jumping into the fire, throwing oneself into the water, falling onto spears and everything that results from stupidity”.

1) Lila in Mexico is the name of a plant defined with Clidemia hirta in various botanical sources. This page contains potential references in Ayurveda, modern medicine, and other folk traditions or local practices It has the synonym Staphidium elegans (Aubl.) Naudin (among others).

2) Lila is also identified with Melia azedarach It has the synonym Azedaraca amena Raf. (etc.).

If you are looking for specific details regarding Lila, for example side effects, extract dosage, chemical composition, pregnancy safety, diet and recipes, health benefits, have a look at these references.

(-lā) 1. A branch of feminine action, proceeding from love; or the imitation of a lover’s manner, speech, gait, &c. by his mistress, to pass the time in his absence. 2. Play, sport, pastime in general. 3. Amorous or wanton sport. 4. Fecility in doing anything. 5. Mien, manner. 6. Grace, charm. 7. Pretence, disguise, sham. 8. A species of the Dandaka metre. E. lī to embrace, kvip aff., and lā to get or give, affs. ka and ṭāp .

2) mere sport or play, child’s play, ease or facility in doing anything, [ib.]

Līlā (लीला) in the Sanskrit language is related to the Prakrit word: Līlāya.

Līlā (लीला) in the Prakrit language is related to the Sanskrit word: Lolā.