Laxmi means something in Hinduism, Sanskrit, the history of ancient India. If you want to know the exact meaning, history, etymology or English translation of this term then check out the descriptions on this page. Add your comment or reference to a book if you want to contribute to this summary article. 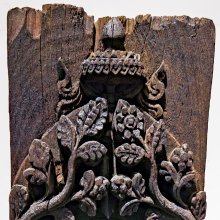 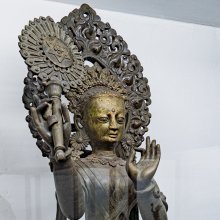 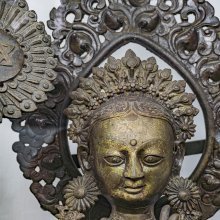 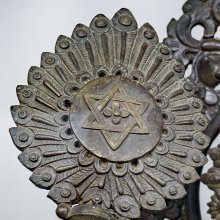 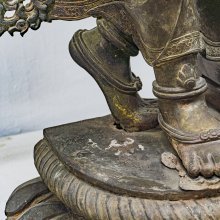 Laxmi, also known as Sri, is the goddess of wealth and prosperity and the consort of Vishnu. She is said to have emerged from the churning of the ocean of milk, which incident also brought forth the divine physician Dhanvantri and Chandra, the moon.

She is also referred to as Sridevi, or the auspicious one. When Vishnu undertakes his incarnations, she usually undergoes an incarnation with him, marrying him as a mortal. She is Sita who is the wife of the Rama incarnation, and Rukmini the wife of the Krishna incarnation. She is worshipped by all, but particularly by merchants, for whom she is the principal deity, along with Ganapati, the son of Shiva.

Laxmi refers to “Laxmi is a goddess of wealth and wife of Lord Vishnu”.—It is defined in the glossary attached to the study dealing with Gujarat Folk tales composed by Gujarati poet Jhaverchand Meghani (1896-1947)

Search found 5 books and stories containing Laxmi; (plurals include: Laxmis). You can also click to the full overview containing English textual excerpts. Below are direct links for the most relevant articles: