Kumari means something in Hinduism, Sanskrit, Jainism, Prakrit, Buddhism, Pali, Marathi, Hindi, biology. If you want to know the exact meaning, history, etymology or English translation of this term then check out the descriptions on this page. Add your comment or reference to a book if you want to contribute to this summary article. 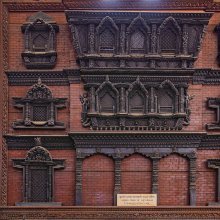 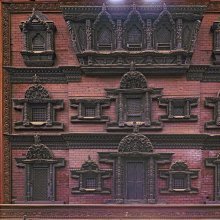 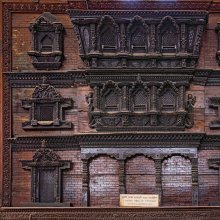 Kumārī (कुमारी) is another name for Mallikā (Jasminum sambac “Sambac jasmine”), from the Oleaceae family of flowering plants. The term is used throughout Ayurvedic literature such as the Carakasaṃhitā.

Kumari in the Assamese language is the name of a plant identified with Careya arborea Roxb. from the Lecythidaceae (Brazilnut) family. For the possible medicinal usage of kumari, you can check this page for potential sources and references, although be aware that any some or none of the side-effects may not be mentioned here, wether they be harmful or beneficial to health.

1) Kumārī (कुमारी) is another name for Vandhyākarkoṭakī, a medicinal plant identified with Momordica dioica (spiny gourd) from the Cucurbitaceae or “gourd family” of flowering plants, according to verse 3.61-63 of the 13th-century Raj Nighantu or Rājanighaṇṭu. The third chapter (guḍūcyādi-varga) of this book contains climbers and creepers (vīrudh). Together with the names Kumārī and Vandhyākarkoṭakī, there are a total of nineteen Sanskrit synonyms identified for this plant.

2) Kumārī (कुमारी) is also mentioned as a synonym for Gṛhakanyā, a medicinal plant commonly identified with Aloe vera var. chinensis Baker from the Asphodelaceae family of flowering plants, according to verse 5.47-49. The fifth chapter (parpaṭādi-varga) of this book enumerates sixty varieties of smaller plants (kṣudra-kṣupa). Together with the names Kumārī and Gṛhakanyā, there are a total of twenty-one Sanskrit synonyms identified for this plant.

Kumārī (कुमारी) refers to the medicinal plant known as “Aloe barbadensis Mill.” and is dealt with in the 15th-century Yogasārasaṅgraha (Yogasara-saṅgraha) by Vāsudeva: an unpublished Keralite work representing an Ayurvedic compendium of medicinal recipes. The Yogasārasaṃgraha [mentioning kumārī] deals with entire recipes in the route of administration, and thus deals with the knowledge of pharmacy (bhaiṣajya-kalpanā) which is a branch of pharmacology (dravyaguṇa).

Kumārī (कुमारी) is a Sanskrit technical term referring an “unmarried daughter ”. The word is used throughout Dharmaśāstra literature such as the Manusmṛti. (See the Manubhāṣya, verse 9.131)

Kumārī (कुमारी).—One of the seven major rivers in Śākadvīpa, according to the Varāhapurāṇa chapter 86. Śākadvīpa is one of the seven islands (dvīpa), ruled over by Medhātithi, one of the ten sons of Priyavrata, son of Svāyambhuva Manu, who was created by Brahmā, who was in turn created by Nārāyaṇa, the unknowable all-pervasive primordial being.

Kumārī (कुमारी) is the name of a mind-born ‘divine mother’ (mātṛ), created for the purpose of drinking the blood of the Andhaka demons, according to the Matsya-purāṇa 179.8. The Andhaka demons spawned out of every drop of blood spilled from the original Andhakāsura (Andhaka-demon). According to the Matsya-purāṇa 179.35, “Most terrible they (e.g., Kumārī) all drank the blood of those Andhakas and become exceedingly satiated.”

1) Kumārī (कुमारी).—A princess of the Kekaya kingdom. She was the mother of Pratiśravas, and wife of Bhīmasena, a King of the Puru dynasty. (Ādi Parva, Chapter 95, Verse 43).

2) Kumārī (कुमारी).—In verse 31, Chapter 23 of the Vana Parva, it is stated that certain maidens were born from the body of Skanda. They were called Kumārīs and they used to eat unborn children in the womb of their mothers.

1a) Kumārī (कुमारी).—A daughter of Lalitā aged nine, and trained in military art. Attacked and slew all the sons of Bhaṇḍa to the joy of the Śakti troops;1 goddess enshrined at Māyāpurī.2

Kumārī (कुमारी) refers to the name of a River mentioned in the Mahābhārata (cf. VI.10.34). Note: The Mahābhārata (mentioning Kumārī) is a Sanskrit epic poem consisting of 100,000 ślokas (metrical verses) and is over 2000 years old.

Kumārī also refers to the name of a Tīrtha (pilgrim’s destination) mentioned in the Mahābhārata (cf. III.86.11).

Kumārī (कुमारी).—The name of a plant, possibly identified with Aloe indica. It is used in various alchemical processess related to mercury (rasa or liṅga), according to the Rasārṇavakalpa (11th-century work dealing with Rasaśāstra).

Kumārī (कुमारी) is the name of the Yakṣiṇī associated with Oḍḍiyāna, one the eight Sacred Seats (pīṭha), according to the Yogakhaṇḍa (chapter 14) of the Manthānabhairavatantra, a vast sprawling work that belongs to a corpus of Tantric texts concerned with the worship of the goddess Kubjikā.

Kumari or Kaumari refers to one of the seven mother-like goddesses (Matrika).—The Matrikas emerge as shaktis from out of the bodies of the gods: Kaumari from Skanda. The order of the Saptamatrka usually begins with Brahmi symbolizing creation. Then, Vaishnavi and Maheshvari. Then, Kaumari, Guru-guha, the intimate guide in the cave of one’s heart, inspires aspirations to develop and evolve.

2) Kumārī (कुमारी) refers to a “virgin” and is used to describe Goddess Durgā, according to the King Vatsarāja’s Pūjāstuti called the Kāmasiddhistuti (also Vāmakeśvarīstuti), guiding one through the worship of the Goddess Nityā.—Accordingly, “[...] I honour Padmā, [beautiful and tender like] a lotus plant. Her eyes are lotus-like and she dwells in a bed of lotuses. Her four arms look splendid with two lotuses [in two hands] and the gestures of grace and safety [in two others]. May the virgin (kumārī) goddess Durgā annihilate my hardships, I pray. Her hands are marked by the conch and discus. She has curly locks and rides [a lion,] the king of wild animals. [...]

Kumārī (कुमारी, “maidens”) refers to one of the classes of “women” (strī) who have dealings with the king, according to the Nāṭyaśāstra chapter 34. Accordingly, “girls who have no experience of love’s enjoyment (rati-saṃbhoga), and are quiet, devoid of rashness, modest, and bashful, are said to be maidens (kumārī)”.

Kumārī (कुमारी) in both Sanskrit and Prakrit refers to the plant Elettaria cardamomum Maton. This plant is classifed as ananta-kāya, or “plants that are inhabited by an infinite number of living organisms”, and therefore are abhakṣya (forbidden to consume) according to both Nemicandra (in his Pravacana-sāroddhāra v245-246) and Hemacandra (in his Yogaśāstra 3.44-46). Those plants which are classified as ananta-kāyas (e.g., kumārī) seem to be chosen because of certain morphological peculiarities such as the possession of bulbs or rhizomes orthe habit of periodically shedding their leaves; and in general theyare characterized by possibilities of vegetative reproduction.

1) Kumari in India is the name of a plant defined with Acalypha indica in various botanical sources. This page contains potential references in Ayurveda, modern medicine, and other folk traditions or local practices It has the synonym Ricinocarpus baillonianus (Müll.Arg.) Kuntze (among others).

2) Kumari is also identified with Aloe ferox It has the synonym Pachidendron supralaeve (Haw.) Haw. (etc.).

3) Kumari is also identified with Aloe littoralis It has the synonym Aloe schinzii Baker (etc.).

8) Kumari is also identified with Dendranthema indicum It has the synonym Chrysanthemum lushanense Kitamura (etc.).

If you are looking for specific details regarding Kumari, for example health benefits, extract dosage, pregnancy safety, chemical composition, side effects, diet and recipes, have a look at these references.

3) A girl or daughter in general.

8) The southern extremity of the Indian peninsula (cf. the modern name Cape Comorin).

2) [v.s. ...] or (in the Tantras) any virgin up to the age of sixteen or before menstruation has commenced

17) [v.s. ...] the most southerly of the nine portions of the known continent or of Jambū-dvīpa (the southern extremity of the peninsula, whence the modern name Cape Comorin [Kumārī]), [Horace H. Wilson]

21) [v.s. ...] (when a name is given to a pupil to indicate his attachment to any particular master, kumārī may be prefixed to denote that the pupil’s object is to gain the affections of the master’s daughter e.g. kumārī-dākṣa q.v. sub voce kumārī)

1) [noun] a tract of land cleared of forest or trees.

2) [noun] a tract of land that is unable to produce vegetation; a barren land.

2) [noun] a girl or woman who has never had sexual intercourse; a virgin.

2) [noun] a girl or woman who has never had sexual intercourse; a virgin.

4) [noun] a respectful mode of addressing a girl or woman who is not married.

Chapter 30 - On the birth of Gaurī, the seats of the Deity, and the distraction of Śiva < [Book 7]

Chapter 18 - The Magnitude of Oceans and Continents