Jatiphala means something in Buddhism, Pali, Hinduism, Sanskrit, Marathi. If you want to know the exact meaning, history, etymology or English translation of this term then check out the descriptions on this page. Add your comment or reference to a book if you want to contribute to this summary article.

Jatiphala [जातिफल] in the Sanskrit language is the name of a plant identified with Myristica beddomei King from the Myristicaceae (Nutmeg) family. For the possible medicinal usage of jatiphala, you can check this page for potential sources and references, although be aware that any some or none of the side-effects may not be mentioned here, wether they be harmful or beneficial to health.

Jatiphala in the Sanskrit language is the name of a plant identified with Myristica malabarica Lam. from the Myristicaceae (Nutmeg) family.

Jatiphala [জাতিফল] in the Bengali language is the name of a plant identified with Myristica fragrans Houtt. from the Myristicaceae (Nutmeg) family having the following synonyms: Myristica aromatica, Myristica moschata, Myristica officinalis.

Jātīphala (जातीफल).—The Sanskrit name for an important Ayurvedic drug.—The plant grows in other countries from which seeds are obtained for use. The aril of the seeds is known as ‘Jātīpatrī’. Jātīphala is astringent and promotes digestive fire.

Jātīphala (जातीफल) refers to “nutmeg” (and its shell, viz., jātikośa) and is mentioned in a list of potential causes for indigestion in the 17th century Bhojanakutūhala (dravyaguṇāguṇa-kathana), and is commonly found in literature dealing with the topics of dietetics and culinary art, also known as Pākaśāstra or Pākakalā.—A complete section in Bhojanakutūhala is devoted for the description of agents that cause indigestion [viz., jātīphala-jātikośa (nutmeg and its shell)]. These agents consumed on a large scale can cause indigestion for certain people. The remedies [viz., kāñjika gruel)] for these types of indigestions are also explained therewith.

Jātīphala (जातीफल) refers to the medicinal plant known as “Myristica fragrans Houtt. (Nutmeg)” and is dealt with in the 15th-century Yogasārasaṅgraha (Yogasara-saṅgraha) by Vāsudeva: an unpublished Keralite work representing an Ayurvedic compendium of medicinal recipes. The Yogasārasaṃgraha [mentioning jātīphala] deals with entire recipes in the route of administration, and thus deals with the knowledge of pharmacy (bhaiṣajya-kalpanā) which is a branch of pharmacology (dravyaguṇa).

Jātīphala (जातीफल) represents the food taken in the month Vaiśākha for the Anaṅgatrayodaśī-Vrata, according to the 10th century Saurapurāṇa: one of the various Upapurāṇas depicting Śaivism.—Accordingly, the Anaṅgatrayodaśī-vrata is observed in honour of Śiva for acquiring virtue, great fortune, wealth and for destruction of sins [...] This vrata is to be performed for a year from Mārgaśīra.—In Vaiśākha, the tooth-brush is that of udumbara-wood. The food taken is jātīphala. The deity to be worshipped is Mahārūpa. The flowers used in worship are mandāra. The naivedya offerings is yavaka. The result  accrued equals the gift of thousand cows.

[«previous (J) next»] — Jatiphala in Tibetan Buddhism glossary
Source: academia.edu: The Structure and Meanings of the Heruka Maṇḍala

Jātiphala is a Sanskrit compound consisting of the terms jāti and phala (फल).

Jātiphala (ಜಾತಿಫಲ):—[noun] the hard, aromatic seed of the medium-sized, evergreen tree Myristica fragrans of Myristiaceae family, which is used as a spice; nutmeg.

Chapter 265 - The sacred bathing of the deities (dikpāla-snāna)

Chapter 9 - Treatment of an abnormal excess of Pitta 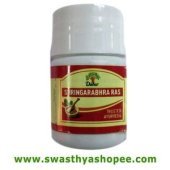