Gurupuja means something in Hinduism, Sanskrit, Marathi. If you want to know the exact meaning, history, etymology or English translation of this term then check out the descriptions on this page. Add your comment or reference to a book if you want to contribute to this summary article. 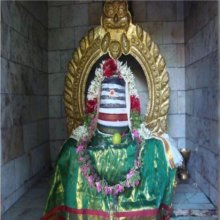 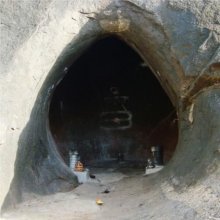 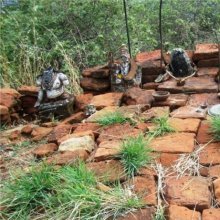 Gurupūjā (गुरुपूजा) refers to “worshipping the teacher”, according to the Manthānabhairavatantra, a vast sprawling work that belongs to a corpus of Tantric texts concerned with the worship of the goddess Kubjikā.—Accordingly, “May they, whom I have recollected and are satisfied, accept the vessel of the bali. [...] Accompanied by Śrīnātha, they bestow boons and fame (prasiddhi). O god, they bestow gifts and accomplishments to those who are devoted to the teaching and worshipping the teacher and to those engaged in the practice (of consuming) the sacrificial pap”.

1) Gurupūjā (गुरुपूजा) [=Gurupūjaka?] refers to the “veneration of one’s Guru”, according to the 9th-century Sarvajñānottaratantra chapter 18.—Accordingly, “Next, I shall teach the best observance among observances, which is known as the Śiva-vrata and which is revered by Asuras and Gods alike. Pure pale ash [should be used, and] white dress and unguents; he should wear a white sacred thread and be adorned by a chignon of matted locks. He should be equipped with all [suitable] ornaments, [and] adorned with white garlands; he should consume [only the pure ritual gruel-offering known as] caru; he should observe the chaste conduct of a student; he should venerate Śiva, the fire and his Guru (gurupūjaka—śivāgnigurupūjakaḥ). [...]”.

2) Gurupūjā (गुरुपूजा) refers to the “worship of his guru”, according to the 13th-century Matsyendrasaṃhitā: a Kubjikā-Tripurā oriented Tantric Yoga text of the Ṣaḍanvayaśāmbhava tradition from South India.—Accordingly, “The Yogin who is engaged in the worship of his guru (gurupūjā-rata) can obtain the highest Power (siddhi). The guru’s bedstead, his bedding, clothes, ornaments, sandals, parasol, antilope-skin, bowl or anything else: if he touches any of these with his feet, he should place them on his head and recite [mantras] eight times. [...]”.

gurupūjā (गुरुपूजा).—f (S) The ceremonies in propitiation of Guru (Regent of Jupiter), when a work is to be performed or undertaken. 2 Worship (on the full moon of āṣāḍha) of one's spiritual guide, or of the Sanyasis of the village, or of the head-Brahman.

1) the ceremonies in propitiation of Bṛhaspati when a work is to be performed or undertaken.

2) the worship of one's spiritual preceptor.

Gurupūjā is a Sanskrit compound consisting of the terms guru and pūjā (पूजा).

2) [v.s. ...] the ceremonies in propitiation of Bṛhaspati when a work is to be performed or undertaken, [Horace H. Wilson]