Dana means something in Buddhism, Pali, Hinduism, Sanskrit, Jainism, Prakrit, the history of ancient India, Marathi. If you want to know the exact meaning, history, etymology or English translation of this term then check out the descriptions on this page. Add your comment or reference to a book if you want to contribute to this summary article. 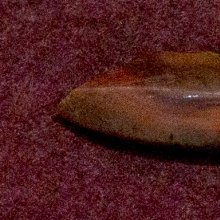 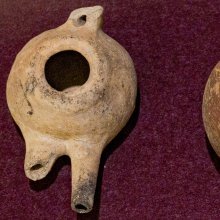 These should be employed when one is weak, while it is obligatory with regard to the enemy. (see the Nītiprakāśikā 8.76-77)

1c) A dharma;1 a śiṣṭācāra;2 three kinds of; superior, middling and inferior; the first and last of which are called respectively jyeṣṭha and kaniṣṭha; the lower and the higher not fit for one's own welfare; the middling is the equal distribution among the deserving; the superior gift leads to Mokṣa and the inferior to one's own welfare;3 he who performs sacrifice by ill-gotten wealth does not attain the fruits thereof; his gifts are not for dharma but only for show; but well-earned money given to right men without expecting fruits, merits Bhoga while Satya leads to heaven;4 the making of, in a śrāddha and the fruits thereof;5 one of the upāyas of a king; even Gods are brought under control by gifts; sixteen kinds of; done by Kāma, Ambarīṣa, Pṛthu, Prahlāda and others;6 the vidhi of, enquired by Manu from the Matsya.7 Incumbent on all castes8 useless if given to a nonśrotriya;9 conditions appropriate to.10

Dāna (दान, “donation”) forms part of the ancient Indian education system, which aimed at both the inner and the outer dimension of a person. Education in India was supported by the community. A gift in support of education was seen as the highest donation (dāna). All members of society supported the cause of education by offering food, gifts, shelter, etc. The wealthier sections of society substantially supported education by building hostels and making educational endowments (adhyāyanavṛttis).

[«previous (D) next»] — Dana in Theravada glossary
Source: Access to Insight: A Glossary of Pali and Buddhist TermsGiving, liberality; offering, alms. Specifically, giving of any of the four requisites to the monastic order. More generally, the inclination to give, without expecting any form of repayment from the recipient. Dana is the first theme in the Buddhas system of gradual training (see anupubbi katha), the first of the ten paramis, one of the seven treasures (see dhana), and the first of the three grounds for meritorious actionSource: Pali Kanon: Manual of Buddhist Terms and Doctrines

Five blessings accrue to the giver of alms (see A.V.34).:

Seven further blessings are given in A.VII.54.

Liberality, especially the offering of robes, food, etc., to the monks, is highly praised in all Buddhist countries of Southern Asia as a fundamental virtue and as a means to suppress man's inborn greed and egoism. But, as in any other good or bad action, so also in offering gifts, it is the noble intention and volition that really counts as the action, not the mere outward deed.

Almsgiving or liberality (dāna), constitutes the first. kind of meritorious activity, the two others being morality (sīla) and mental development (bhāvanā); s. puñña-kiriya-vatthu. Liberality (cāga) forms one of the 10 recollections (anussati) and almsgiving one of the 10 perfections (s. pāramī).

Dāna (दान, “generosity”) is a good volition associated with the mind according to the 2nd century Mahāprajñāpāramitāśāstra (chapter XIX).—“Some say that a physical or vocal action (kāyavākkarman) that comes from this good volition is also called dāna. According to others, when there is a person endowed with faith (śraddhāvat), a field of merit (puṇya-kṣetra) and a material object (āmiṣa-dravya), and when these three things are brought together, the mind (citta) produces a thought of renunciation capable of destroying avarice (mātsarya), which is called dāna”.

Note: The five benefits of generosity (dāna) have been pointed out by the Buddha in the Sīhasutta (Aṅguttara III and Tseng yi a han); the first four concern the present life (sadiṭṭhika), the fifth, the future life (samparāyika): the generous teacher of generosity is cherished and appreciated by many people, good honest people love him; an excellent repute is attached to his name; whatever assembly he enters, he enters fearlessly and without worry; after the destruction of his body after death, he is reborn in a blessed heavenly realm.

1) Dāna (दान, “generosity”) or dānapāramitā represents the first of the “six perferctions” (ṣaṭpāramitā) as defined in the Dharma-saṃgraha (section 17). The Dharma-samgraha (Dharmasangraha) is an extensive glossary of Buddhist technical terms in Sanskrit (eg., ṣaṣ-pāramitā). The work is attributed to Nagarjuna who lived around the 2nd century A.D.

2) Dāna also refers to one of the “four bases of sympathy” (catursaṃgrahavastu) as defined in the Dharma-saṃgraha (section 19).

Dana is a Sanskrit and Pali term meaning "generosity" or "giving". In Buddhism, it also refers to the practice of cultivating generosity. Ultimately, the practice culminates in one of the Perfections (paramitas): the Perfection of Giving (dana paramita). This can be characterized by unattached and unconditional generosity, giving and letting go.

Dāna Skt., Pali, roughly “gift, alms, dona­tion”; voluntary giving of material, energy, or wisdom to others, regarded as one of the most important Buddhist virtues. Dāna is one of the six perfections (pāramitā), one of the ten con­templations (anussati), and the most impor­tant of the meritorious works (punya).

In the Hīnayāna dāna is regarded above all as a means to overcoming greed and egoism and avoiding suffering a future life. In Mahāyāna dāna is associated with the virtues of kindness (maitrī) and compassion (karunā) and viewed as an essential factor in leading all beings to enlightenment.

Dāna (दान, “charity”) refers to “charity towards living beings (bhūta) in general” and is one of the causes leading to the influx (āsrana) of karmas extending pleasant feelings (sātāvedanīya).

Dāna is a Sanskrit technical term defined in the Tattvārthasūtra (ancient authorative Jain scripture) from the 2nd century, which contains aphorisms dealing with philosophy and the nature of reality.

Dāna (दान).—What is meant by charity (dāna)? Bestowing gifts or things owned by one self for the benefit of others (living beings in general and the devout in particular) is called charity.

Dāna (दान) is a word referring to gifts given to Brāhmaṇas, as mentioned in the Nīlamatapurāṇa.—The Brāhmaṇas as the recipients of gifts have been mentioned frequently in the Nīlamata. The Nīlamata emphasises the virtue of the gifts given to the Brāhmaṇas. The terms used for such a gift are Dāna, Dakṣiṇā, and Pratigraha. The nature of the gifts varies with religious ceremonies performed in different seasons of the year.

Dāna or Dānā.—(ML), a gift. (HRS), known from Maitraka records to mean the so- called voluntary gifts of subjects. Cf. dānā-sambandhe (LP), ‘as regards the sale-tax’. Note: dāna is defined in the “Indian epigraphical glossary” as it can be found on ancient inscriptions commonly written in Sanskrit, Prakrit or Dravidian languages.

Dāṇa.—(IE 8-5; LP), same as dāna, road-cess; customs duties; cf. the official designation Dāṇī (Sanskrit Dānin). Note: dāṇa is defined in the “Indian epigraphical glossary” as it can be found on ancient inscriptions commonly written in Sanskrit, Prakrit or Dravidian languages.

(a) giving, dealing out, gift; almsgiving, liberality, munificence; esp. a charitable gift to a bhikkhu or to the community of bhikkhus, the Saṅgha (cp. deyyadhamma & yañña). As such it constitutes a meritorious act (puññaṃ) and heads the list of these, as enumerated in order, dānamaya puññaṃ, sīlamaya p., bhāvanāmaya p. viz. acts of merit consisting of munificence, good character & meditation (D.III, 218 e. g.; cp. cāga, puñña, sīla). Thus in formula dānâdīni puññāni katvā J.I, 168; PvA.66, 105; cp. cpds. under °maya

dāṇa (दाण).—f ( P In comp. Holder or receptacle.) A term applied revilingly to the belly (of a gormandizer or glutton).

dāṇā (दाणा).—m (dhānya S) Grain. 2 A single grain or corn: also a single pearl, a bead, a seed, a pomegranate-pip, anything resembling a grain. 3 A coarse sort of sugar. 4 A little knob or excrescence or roughness upon a smooth surface (as on paper, leather &c.) 5 A piece or single article (of a bale of cloths or stuffs): also a single one of a certain fine kind of mangoes which are sold by ones. Ex. bandachōḍa āmbyācē rupayāsa dāhā dāṇē miḷatāta. 6 (For kiramijī dāṇā) A lump of cochineal. 7 A square or division of the coating of the custard-apple.

6) Bribery, as one of the four Upāyas or expedients of overcoming one's enemy; see उपाय (upāya).

Dāna (दान).—4. [neuter] the rut (of an animal) & the rutfluid (flowing from an elephant’s temples in the time of rutting).

Chapter II - On Cunda < [Section One]

The Doctrine of Paticcasamuppada (by U Than Daing)

Chapter 7 - Paticcasamuppada Samsara Is Revolving All The Time