Cinnamon means something in the history of ancient India, biology. If you want to know the exact meaning, history, etymology or English translation of this term then check out the descriptions on this page. Add your comment or reference to a book if you want to contribute to this summary article.

Cinnamon (produce of Cinnamomum zeylanicum) is the name of a spice, believed to be imported in ancient times from India or Ceylon by the Arabians who passed it to Egypt/Greece through the Phoenicians.—While myrrh was one of the commonest of spices in the ancient world, cinnamon was one of the rarest. It is the produce of the Laurus cinnamomum, or Cinnamomum zeylanicum, a tree allied to the laurel, which now grows only in Ceylon, Borneo, Sumatra, China, Cochin China, and in India on the coast of Malabar. According to Herodotus (iii. 111) and Strabo (16, p. 535), it grew anciently in Arabia; but this is doubted, and the Arabians are believed to have imported it from India or Ceylon, and passed it on to the Phoenicians, who conveyed it to Egypt and Greece. The present passage of Scripture is the first in which it is mentioned, and in the rest of the Old Testament it obtains notice only twice (Proverbs 7:16; Song of Solomon 4:14). The word used, which is kinnĕmôn, makes it tolerably certain that the true cinnamon is meant.

Cinnamon in English is the name of a plant defined with Cinnamomum verum in various botanical sources. This page contains potential references in Ayurveda, modern medicine, and other folk traditions or local practices It has the synonym Camphora mauritiana Lukman. (among others).

If you are looking for specific details regarding Cinnamon, for example pregnancy safety, side effects, extract dosage, diet and recipes, chemical composition, health benefits, have a look at these references.

Search found 23 books and stories containing Cinnamon; (plurals include: Cinnamons). You can also click to the full overview containing English textual excerpts. Below are direct links for the most relevant articles:

A Short history of Lanka (by Humphry William Codrington)

Chapter 16 - On the planets (graha-bhaktiyoga) 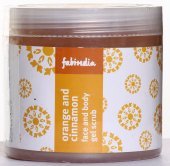