Bhubaneswar means something in the history of ancient India. If you want to know the exact meaning, history, etymology or English translation of this term then check out the descriptions on this page. Add your comment or reference to a book if you want to contribute to this summary article. 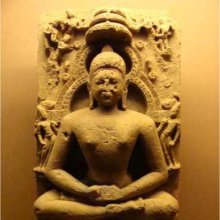 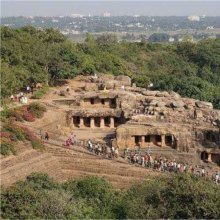 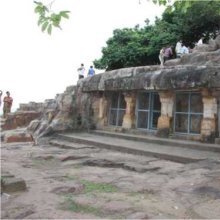 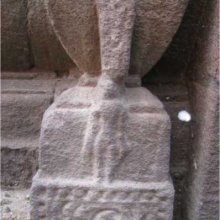 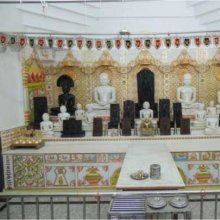 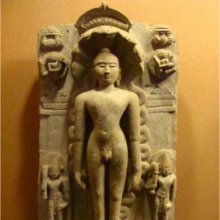 Bhubaneswar refers to one of the various Urban centers (nagari) of ancient India (Medieval Orissa).— Urban centers generally represent a socio-economic organization different from that of rural settlements; but the records, apart from providing a few names, do not furnish any details at all regarding the urban centres that existed in this period. Such centres [e.g., Bhubaneswar] [...] may be supposed to have had a predominantly agricultural population. Such centres as Bhubaneswar might also have been purely religious centres. [...]

Bhubaneswar, Bhubaneshwar or Bhuvanēśvar is the capital of Odisha and its largest city. The history of the areas in and around Bhubaneswar can be traced to 3rd century BCE and earlier. It is a confluence of Hindu, Buddhist and Jain heritage boasting of some of the finest Kalingan temples. With many 6th-13th century CE Hindu temples, which span the entire spectrum of Kalinga architecture, Bhubaneswar is often referred to as a “Temple City of India”.

Bhubaneswar is an archaeologically important site situated in Puri district (Madras), known for inscriptions regarding the ancient history of India. For example, at Bhubaneswar there are various Sanskrit inscriptions at the mañchapurī cave on the Udayagiri Hill. There is also an inscription on a pedestal of an image of Padmapāṇi in the Provincial Museum which records the installation of the image by Rāhularuchi. It belongs to king Śubhākara of the Bhauma-Kara dynasty.

At Bhubaneśvar in Puri district (Orissa or Odisha) is also an inscription above the door of a ruined temple near the Pāpanāśinī tank. It belongs to king Kapileśvara of the Orissa Sūryavaṃśa dynasty.

The Lakulisa-Pasupata activity in Orissa < [Chapter 2 - Spread and Transition]

During the time of Asoka (third century BCE) < [Chapter 2]