Bhagiratha means something in Buddhism, Pali, Hinduism, Sanskrit, Jainism, Prakrit, Hindi. If you want to know the exact meaning, history, etymology or English translation of this term then check out the descriptions on this page. Add your comment or reference to a book if you want to contribute to this summary article.

Alternative spellings of this word include Bhagirath. 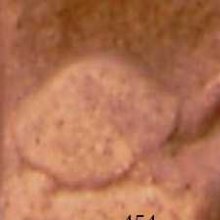 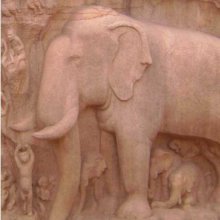 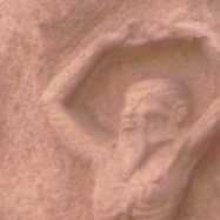 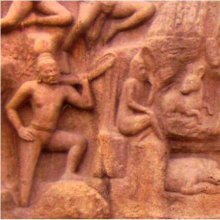 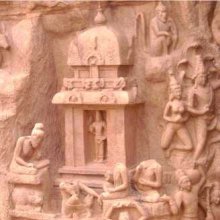 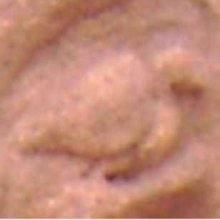 Bhagīratha (भगीरथ):—Son of Dilipa (son of Aṃśumān). He performed very severe austerities to bring the Ganges to this material world. He had a son named Śruta. (see Bhāgavata Purāṇa 9.9.2-17)

Bhagīratha (भगीरथ).—The son of Dilīpa and father of Śruta (Suhotra Viṣṇu-purāṇa); by penance on the banks of the Bindusaras he succeeded in bringing the Ganges; was asked how she was to dispose of the sins of men discharged into her waters; Bhagīratha said that Sādhus and others among whom was Hari would take off the sins from her: was asked to pray to Śiva to check her course; so he prayed to Śiva and it was heard; by this he was able to shake off the sins of his ancestors;1 a Rājaṛṣi; went to the forest of the Gaura hills in search of Gangā;2 his lust after more territory;3 after him Gangā became the Bhāgīrathī; so-called after the seventh branch of the Ganges.4

Bhagīratha (भगीरथ) is the great-grandson of Sagara, who, after his education at the āśrama of the sage Cyavana, with the might of his own arm conquers back the lost kingdom of his ancestors and becomes the king of Ayodhyā. He prays to Śiva to bless him with children. According to the blessings of Śiva, the king begot one son named Aṃśumat from his first wife and sixty thousand from the other. From Aṃśumat was born Dilīpa whose son is Bhagīratha, worthy son of a worthy father.

Bhagīratha (भगीरथ) is a name mentioned in the Mahābhārata (cf. I.177.19) and represents one of the many proper names used for people and places. Note: The Mahābhārata (mentioning Bhagīratha) is a Sanskrit epic poem consisting of 100,000 ślokas (metrical verses) and is over 2000 years old.

Bhagiratha (भगिरथ) (Bhagīratha?) is the son of Dilipa (Dilīpa?)and grandson of Aṃśumān, according to the Vaṃśānucarita section of the 10th century Saurapurāṇa: one of the various Upapurāṇas depicting Śaivism.—Accordingly, [...] The illustrious king Sagara was the son of Bāhu and Aṃśumān was born from Sagara. Dilipa was the Son of Aṃśumān and Bhagiratha (Bhagīratha?) was born from Dilipa. Bhagiratha propitiated Śiva by his penance and received the best of boons. Lord Śiva for the protection of the world held Gaṅgā in his head.

By the grace of Lord Śiva, Bhagiratha reigned for a long time and thinking the world to be like indrajāla he desisted from enjoying the kingdom and approached the celebrated sage Jābāla. By the grace of the sage the king got the supreme knowledge and highest perfection. Śruta was the son of Bhagiratha.

[«previous (B) next»] — Bhagiratha in Natyashastra glossary
Source: archive.org: The mirror of gesture (abhinaya-darpana)

One of the Hands of Famous Emperors.—Bhagīratha: Ardha-candra hand made like Tripatāka, and this is also used for an eclipse of the moon (lit. seizing by Rahu).

Bhagīratha (भगीरथ) is depicted as a sculpture on the fourth pillar (middle panel) of the southern half of the maṇḍapa of the temple of Lokeśvara.—At the extreme left end of the panel is again Bhagīratha, in penance, standing in between the trees. Below one of the trees is sitting a monkey. Its hand is on some animal like thing. Also, one more head is shown, hiding in the leaves of that same tree which is to the right side of the goddess. It is difficult to say whether it is a tiger or a cat? This picture reminds us that of descent of Gaṅgā cut on a rock at Mahābalipuram. A chameleon is climbing upon a tree which is at the extreme left of the panel.

[«previous (B) next»] — Bhagiratha in Hinduism glossary
Source: WikiPedia: Hinduism

Bhagīratha (भगीरथ): Son of Dilipa, king of Kosala who worshipped Shiva and brought down Ganges.

Bhagīratha (भगीरथ) refers to one of the various Ṛṣis (sages) and Mahārṣis (great sages) mentioned as attending the teachings in the 6th century Mañjuśrīmūlakalpa: one of the largest Kriyā Tantras devoted to Mañjuśrī (the Bodhisattva of wisdom) representing an encyclopedia of knowledge primarily concerned with ritualistic elements in Buddhism. The teachings in this text originate from Mañjuśrī and were taught to and by Buddha Śākyamuni in the presence of a large audience (including Bhagīratha).

[«previous (B) next»] — Bhagiratha in Jainism glossary
Source: archive.org: Trisastisalakapurusacaritra

Bhagīratha (भगीरथ) is the grandson of Cakrin Sagara and lead the Gaṅgā river to the Eastern Ocean, according to chapter 2.6 [ajitanātha-caritra] of Hemacandra’s 11th century Triṣaṣṭiśalākāpuruṣacaritra (“lives of the 63 illustrious persons”): a Sanskrit epic poem narrating the history and legends of sixty-three important persons in Jainism.

[«previous (B) next»] — Bhagiratha in Sanskrit glossary
Source: DDSA: The practical Sanskrit-English dictionary

Bhagīratha (भगीरथ).—Name of an ancient king of the solar dynasty, the great-grandson of Sagara, who brought down, by practising the most austere penance, the celestial river Gaṅgā from heaven to the earth and from earth to the lower regions to purify the ashes of his 6, ancestors, the sons of Sagara.

(-thaḥ) A king of the solar dynasty, whose austerities brought down Ganga, the river, from heaven to the earth.

1) Bhagīratha (भगीरथ):—[from bhaj] m. ([probably] [from] bhagin + ratha, ‘having a glorious chariot’), Name of an ancient king (son of Dilīpa and great-grandfather of Sagara, king of Ayodhyā ; he brought down the sacred Gaṅgā from heaven to earth and then conducted this river to the ocean in order to purify the ashes of his ancestors, the 60,000 sons of Sagara; cf. [Indian Wisdom, by Sir M. Monier-Williams 322]), [Mahābhārata; Rāmāyaṇa; Purāṇa] etc.

[«previous (B) next»] — Bhagiratha in Hindi glossary
Source: DDSA: A practical Hindi-English dictionary

Bhagīratha (भगीरथ) [Also spelled bhagirath]:—(nm) an ancient Indian king of the solar dynasty who is supposed to have caused the river Ganga: to descend on earth through his unprecedented penance; —[prayatna] a Herculean effort, tremendous effort.

Bhagīratha (ಭಗೀರಥ):—[noun] a mythological king, who by his austerities pleased Śiva and got the celestial Gaṃgā released and brought to earth, which is supposed to the present Gaṃgā river; ಭಗೀರಥ ಪ್ರಯತ್ನ [bhagiratha prayatna] bhagīrata prayatna undetered, rigorous effort that leads to success despite severe odds.

Search found 51 books and stories containing Bhagiratha, Bhagīratha, Bhāgīratha; (plurals include: Bhagirathas, Bhagīrathas, Bhāgīrathas). You can also click to the full overview containing English textual excerpts. Below are direct links for the most relevant articles:

5e. Bhāgīratha brought down Gaṅgā on earth < [Chapter 5 - Rivers in the Purāṇic Literature]

Verse 3.2.64 < [Chapter 2 - Description of the Lord’s Travel Through Bhuvaneśvara and Other Placesto Jagannātha Purī]

Verse 1.14.58 < [Chapter 14 - The Lord’s Travel to East Bengal and the Disappearance of Lakṣmīpriyā]

Chapter 9 - The Descent of the Gaṅgā; The Story of Kalmāṣapāda < [Book 9 - Ninth Skandha]

Chapter 7 - Some Līlāvatāras and their work < [Book 2 - Second Skandha]

Chapter 7 - On the curses of Gaṅgā, Sarasvatī and Lakṣmī < [Book 9]