Asala means something in Hinduism, Sanskrit, the history of ancient India, Marathi, Hindi. If you want to know the exact meaning, history, etymology or English translation of this term then check out the descriptions on this page. Add your comment or reference to a book if you want to contribute to this summary article.

The Sanskrit term Āśala can be transliterated into English as Asala or Ashala, using the IAST transliteration scheme (?).

Alternative spellings of this word include Asal. 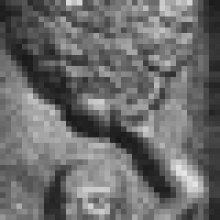 [«previous (A) next»] — Asala in India history glossary
Source: What is India: Inscriptions of the Śilāhāras

Āsala (आसल) is the name of a village mentioned in the “Ṭhāṇā plates of Mummuṇirāja”. Accordingly, “out of the produce of the food-grains from the village Āsala situated in this viṣaya, the boundaries of which are as follows:‒on the east, a viraka in the village Vaḍavalī; on the south, also a viraka; on the west, a large mountain; on the north, a viraka on the boundary of the village”.

About a furlong to north of Bhūtavali we come across a small hamlet called Āsala, which is indicated by the same name in the charter.

These copper plates (mentioning Āsala) were discovered in 1956 while digging the ground between the Church and the District Office at Ṭhāṇā, the chief town of the Ṭhāṇā District in Mahārāṣṭra. Its object is to record the grant, by the Śilāhāra Mummuṇirāja, of some villages and lands to learned Brāhmaṇas on the occasion of the lunar eclipse on the fifteenth tithi of the bright fortnight of Phālguna in the Śaka year 970, the cyclic year being Sarvadhārin.

[«previous (A) next»] — Asala in Marathi glossary
Source: DDSA: The Molesworth Marathi and English Dictionary

[«previous (A) next»] — Asala in Sanskrit glossary
Source: DDSA: The practical Sanskrit-English dictionary

2) A Mantra used in discharging a missile.

[«previous (A) next»] — Asala in Hindi glossary
Source: DDSA: A practical Hindi-English dictionary

Part 1 - The brief teaching < [C. The instruction to rely on these holy ones and abandon what is evil]