Amalaka means something in Buddhism, Pali, Hinduism, Sanskrit, the history of ancient India, Marathi, Hindi, biology. If you want to know the exact meaning, history, etymology or English translation of this term then check out the descriptions on this page. Add your comment or reference to a book if you want to contribute to this summary article.

Alternative spellings of this word include Amalak.

[«previous (A) next»] — Amalaka in Natyashastra glossary
Source: archive.org: The mirror of gesture (abhinaya-darpana)

One of the Hands indicating Trees.—Āmalaka, the Samyama Nayaka hand, i.e., the forefinger and second finger together in the middle of the palm, the rest extended.

Āmalaka (आमलक, “dome”) refers to the “dome” on the crown of the Hindu temple.—The prāsāda (a three-storeyed palace) is almost completely a solid mass on whose multi-buttressed walls the images are displayed. The finial/the culminating portion of a pinnacle is raised above the body of the prāsāda as it is on the crown of the temple known as āmalaka (dome). It is a ribbed flattened top surmounted by a kalaśa (ornamental pot found in finials and capitals), topped by a finial and a banner. It is also known as harmya (a beautiful palace) in South Indian temples.

[«previous (A) next»] — Amalaka in Ayurveda glossary
Source: Wisdom Library: Local Names of Plants and Drugs

Amalaka in the Kannada language is the name of a plant identified with Phyllanthus emblica L. from the Phyllanthaceae (Amla) family having the following synonyms: Emblica officinalis. For the possible medicinal usage of amalaka, you can check this page for potential sources and references, although be aware that any some or none of the side-effects may not be mentioned here, wether they be harmful or beneficial to health.

Āmalaka (आमलक) refers to the “Emblic myrobalan” and represents a type of fruit-bearing plant, according to the Arthaśāstra II.15.19, and is commonly found in literature dealing with the topics of dietetics and culinary art, also known as Pākaśāstra or Pākakalā.—We can see the description of flowering and fruit bearing plants in Ṛgveda. But we come across the specific names of them only in the later Saṃhita and Brāhmaṇa literature. [...] Karamarda, parūṣaka, cūta (a variety of mango), Emblic myrobalan (āmalaka), Citrus medica, jujube, rose apple (jambu), cucumber (urvāruka), palm fruit (tālaphala), rājādana, pomegranate and jack fruit are referred to in Arthaśāstra. [...] Bhela especially recommends the use of āmalaka before food, hārītakī after the food and vibhītakī after the digestion of the food.

Āmalaka or “gooseberry” is mentioned as being beneficial (hita) to the body according to the 17th century Bhojanakutūhala in the dravyaguṇāguṇa-kathana, which contains the discussions on different food articles and their dietetic effects according to the prominent Ayurvedic treatises. Here In the Phala (fruits) group Āmalaka (gooseberry) is mentioned as beneficial to the body (hita).

Āmalaka or “gooseberry” is mentioned in a list of potential causes for indigestion.—A complete section in Bhojanakutūhala is devoted for the description of agents that cause indigestion [viz., āmalaka (gooseberry)]. These agents consumed on a large scale can cause indigestion for certain people. The remedies [viz., bakula fruit (Mimusops elengi)] for these types of indigestions are also explained therewith.

Āmalaka (आमलक) refers to a medicinal plant known as Phyllanthus emblica Linn., and is mentioned in the 10th century Yogaśataka written by Pandita Vararuci.—The Yogaśataka of Pandita Vararuci is an example of this category. This book attracts reader by its very easy language and formulations which can be easily prepared and have small number of herbs (viz., Āmalaka). It describes only those formulations which are the most common and can be used in majority conditions of diseases.

Simple Rasāyana (rejuvenative drugs) such as Āmalaka-rasāyana (prepared from powder of fruits of Phyllanthus emblica Linn.), Rasāyana powder which is a mixture of powders of Guḍūcī, Gokṣura (Tribulus terrestris Linn.) and Āmalaka etc., are described for rejuvenation. Powder of Āmalaka triturated with its own juice and mixed with Pippalī (Piper longum Linn.), honey and sugar is fomented for one year. According to the author if a person uses this for one year continuously it will give him blackish hairs, improves intellect, memory power, speech, strength and mental power.

Āmalaka (आमलक) refers to the medicinal plant known as “Phyllanthus emblica Linn.” and is dealt with in the 15th-century Yogasārasaṅgraha (Yogasara-saṅgraha) by Vāsudeva: an unpublished Keralite work representing an Ayurvedic compendium of medicinal recipes. The Yogasārasaṃgraha [mentioning āmalaka] deals with entire recipes in the route of administration, and thus deals with the knowledge of pharmacy (bhaiṣajya-kalpanā) which is a branch of pharmacology (dravyaguṇa).

Āmalaka (आमलक) refers to Emblica officinalis Gaertn., and is a medicinal plant mentioned in the 7th-century Nirantarapadavyākhyā by Jejjaṭa (or Jajjaṭa): one of the earliest extant and, therefore, one of the most important commentaries on the Carakasaṃhitā.—Synonym of Āmalaka: Āmalakī.—(Cf. Glossary of Vegetable Drugs in Bṛhattrayī 36, Singh and Chunekar, 1999).—Cf. Phyllanthus emblica Linn. (Cf. Indian Medicinal Plants 4:256, Arya Vaidya Sala, 1993-96.).—Note: Emblica officinalis Gaertn. is a synonym of Phyllanthus emblica L.—(Cf. The Plant List, A Working List of All Plant Species, Royal Botanic Gardens, Kew and Missouri Botanical Garden).

[«previous (A) next»] — Amalaka in Hinduism glossary
Source: Academia.edu: Unity and Gravity of an elemental Architecture

Embodied up the corners of the curvature of the shrine and used as its crowning member, ribbed stones called Āmalakas—the myrobalan fruit—ascend,supported by their own pillared kūṭa cages. They grow upwards and proliferate, as if toward their final realization at the pinnacle. It is this seed—placed beyond Ether (ākāśa), not in Air (vāyu)—that may one day flower at the tower’s top.

[«previous (A) next»] — Amalaka in Tibetan Buddhism glossary
Source: academia.edu: The Structure and Meanings of the Heruka Maṇḍala

Amalaka is the name of a tree mentioned in the Kathasaritsagara by Somadeva (10th century A.D).—Amlaka is known for its tasty fruits. A dish of amalaka is mentioned.

Somadeva mentions many rich forests, gardens, various trees (e.g., Amalaka), creepers medicinal and flowering plants and fruit-bearing trees in the Kathasaritsagara. Travel through the thick, high, impregnable and extensive Vindhya forest is a typical feature of many travel-stories. Somadeva’s writing more or less reflects the life of the people of Northern India during the 11th century. His Kathasaritsagara (‘ocean of streams of story’), mentioning Amalaka, is a famous Sanskrit epic story revolving around prince Naravahanadatta and his quest to become the emperor of the vidyadharas (celestial beings).

Amalaka or Usiri is one of the exogamous septs (divisions) among the Komatis (a trading caste of the Madras Presidency). Amalaka refers to the plant Amalaka or Usiri (Phyllanthus Emblica). The Komatis are said to have originally lived, and still live in large numbers on the banks of the Godavari river. One of the local names thereof is Gomati or Gomti, and the Sanskrit Gomati would, in Telugu, become corrupted into Komati. The sub-divisions are split up into septs (viz., Amalaka), which are of a strictly exogamous character.

Amalaka in India is the name of a plant defined with Justicia adhatoda in various botanical sources. This page contains potential references in Ayurveda, modern medicine, and other folk traditions or local practices It has the synonym Justicia adhatoda Mart. ex Nees (among others).

If you are looking for specific details regarding Amalaka, for example extract dosage, health benefits, chemical composition, pregnancy safety, side effects, diet and recipes, have a look at these references.

[«previous (A) next»] — Amalaka in Marathi glossary
Source: DDSA: The Molesworth Marathi and English Dictionary

[«previous (A) next»] — Amalaka in Sanskrit glossary
Source: DDSA: The practical Sanskrit-English dictionary

(-kaṃ) The fruit of the myrobalan. E. āṅ and mal to hold, vun aff. fem. ṅīṣ having all medicinal virtues.

(-kaḥ-kaṃ) Land near a mountain.

[«previous (A) next»] — Amalaka in Hindi glossary
Source: DDSA: A practical Hindi-English dictionary

Chapter 3 - The Development of the Prāsāda-vāstu 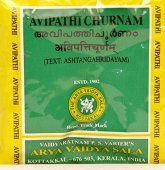