This page contains an iconography image of 108 forms of Avalokiteshvara (25): Utnauti Lokeshvara and represents of the book Indian Buddhist Iconography, based on extracts of the Sadhanamala English translation. These plates and illustrations represent either photographs of sculptures or line-drawing reproductions of paintings or other representations of Buddhist artwork. 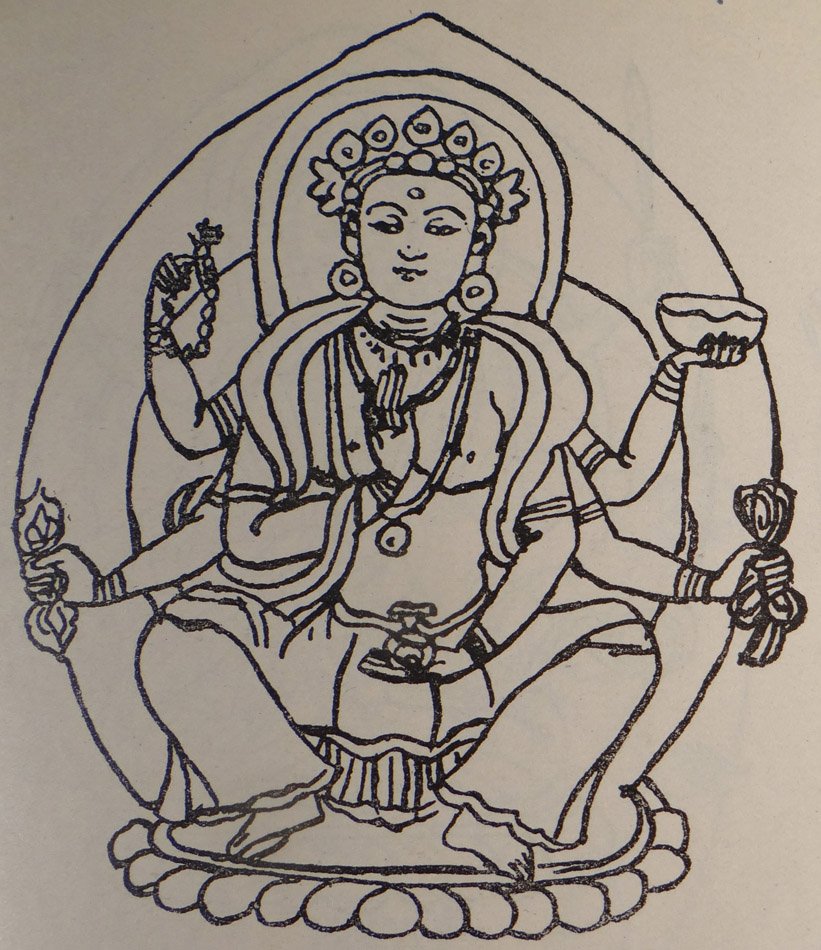 This is figure 25 in a series of 108 forms of Avalokiteśvara from the Macchandar Vahal, Kathmandu, Nepal.

25. Utnauti (?) Lokeśvara He is one-faced and six-armed and sits in Bhadrāsana on the raised seat of a lotus. His three right hands exhibit the rosary, the Vajra and the Abhaya pose, while the three left carry the Kapāla, the noose and the water-pot.

The Bodhisattva Avalokiteśvara (The Watchful Lord) also called Padmapāṇi (Lotus bearer) is the spiritual son of the Dhyāni Buddha Amitābha. He is one of the most popular Bodhisattvas of the Buddhist Pantheon having as many as 108 different forms [viz., Utnauti Lokeśvara].