This page contains an iconography image of Four Light Goddesses: Ratnolka and represents figure 214 of the book Indian Buddhist Iconography, based on extracts of the Sadhanamala English translation. These plates and illustrations represent either photographs of sculptures or line-drawing reproductions of paintings or other representations of Buddhist artwork. 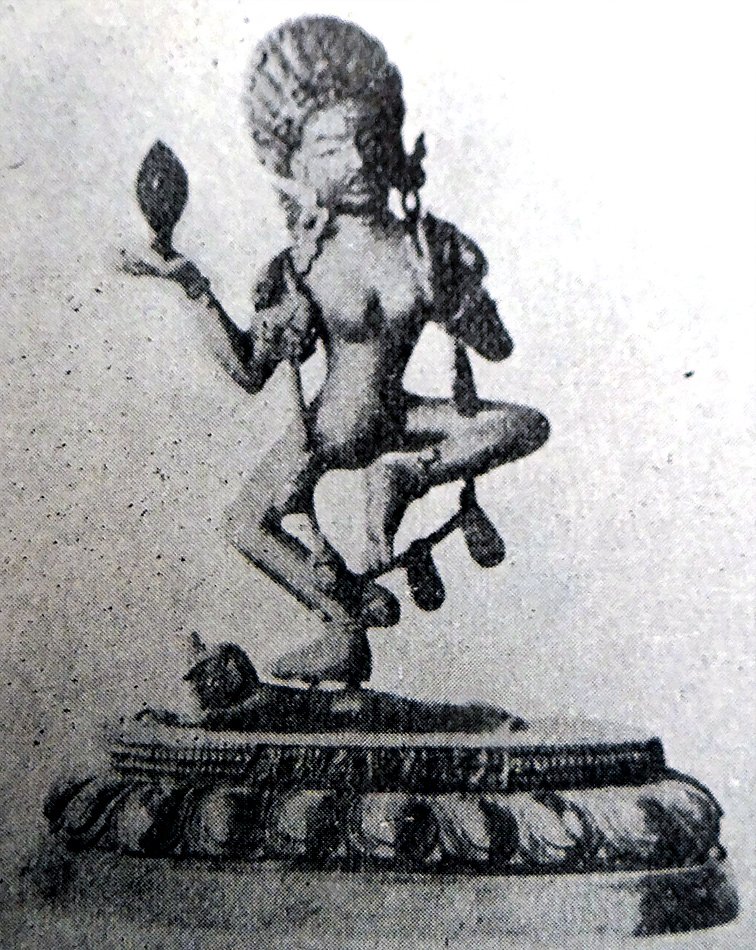 There are four goddesses of Light in the Vajrayāna pantheon. They are named as Sūryahastā, Dīpā, Ratnolkā and Taḍitkarā and described in the Pañcaḍāka-maṇḍala of the Niṣpannayogāvalī. Collectively, they are conceived as nude, and as violent in appearance with garland of skulls and severed heads. They dance on a corpse in the Pratyālīḍha attitude and hold their special marks of recognition in their hands. They [viz., Ratnolkā] are described below in the order in which they appear in the Pañcaḍāka-maṇḍala.

The third in the series of four goddesses of Light is called Ratnolkā. She is described as under: “Ratnolkā is yellow in colour and holds the jewel in her hands”. She is represented in the Chinese collection under the name of Ulkādharā. This statuette is illustrated in Fig. 214.