This page contains an iconography image of Bodhisattva Surangama and represents figure 73 of the book Indian Buddhist Iconography, based on extracts of the Sadhanamala English translation. These plates and illustrations represent either photographs of sculptures or line-drawing reproductions of paintings or other representations of Buddhist artwork. 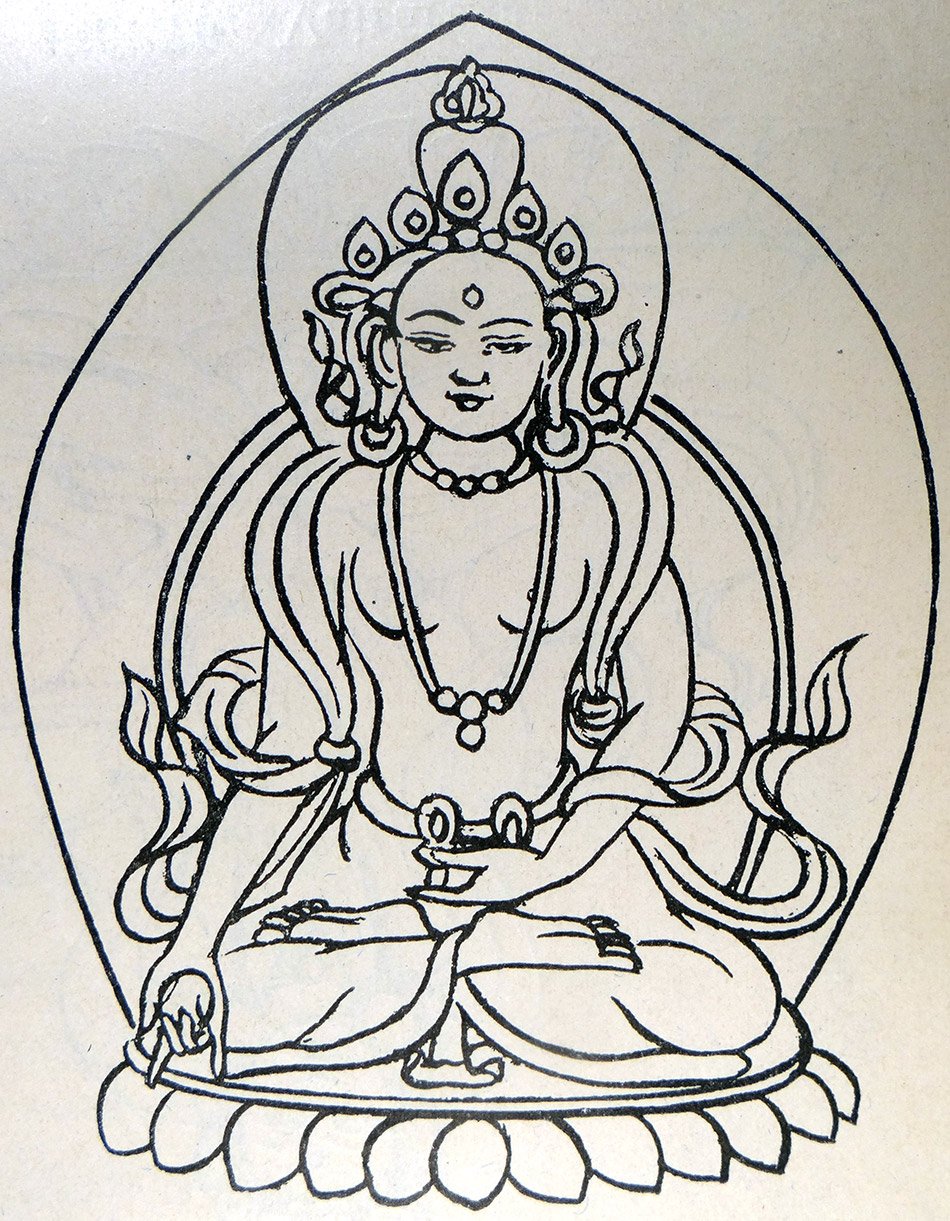 Suraṅgama’s name occurs in the third list of the sixteen Bodhisattvas headed by Maitreya. In the Niṣpannayogāvalī his name is referred to twice only and his single independent form is described in the Durgatipariśodhana-maṇḍala. In the Chinese collection Suraṅgama is represented only once, and that too in a different form. Fig. 73 illustrates a Nepalese drawing of the Bodhisattva Suraṅgama.