This page contains an iconography image of Bodhisattva Pratibhanakuta and represents figure 62 of the book Indian Buddhist Iconography, based on extracts of the Sadhanamala English translation. These plates and illustrations represent either photographs of sculptures or line-drawing reproductions of paintings or other representations of Buddhist artwork. 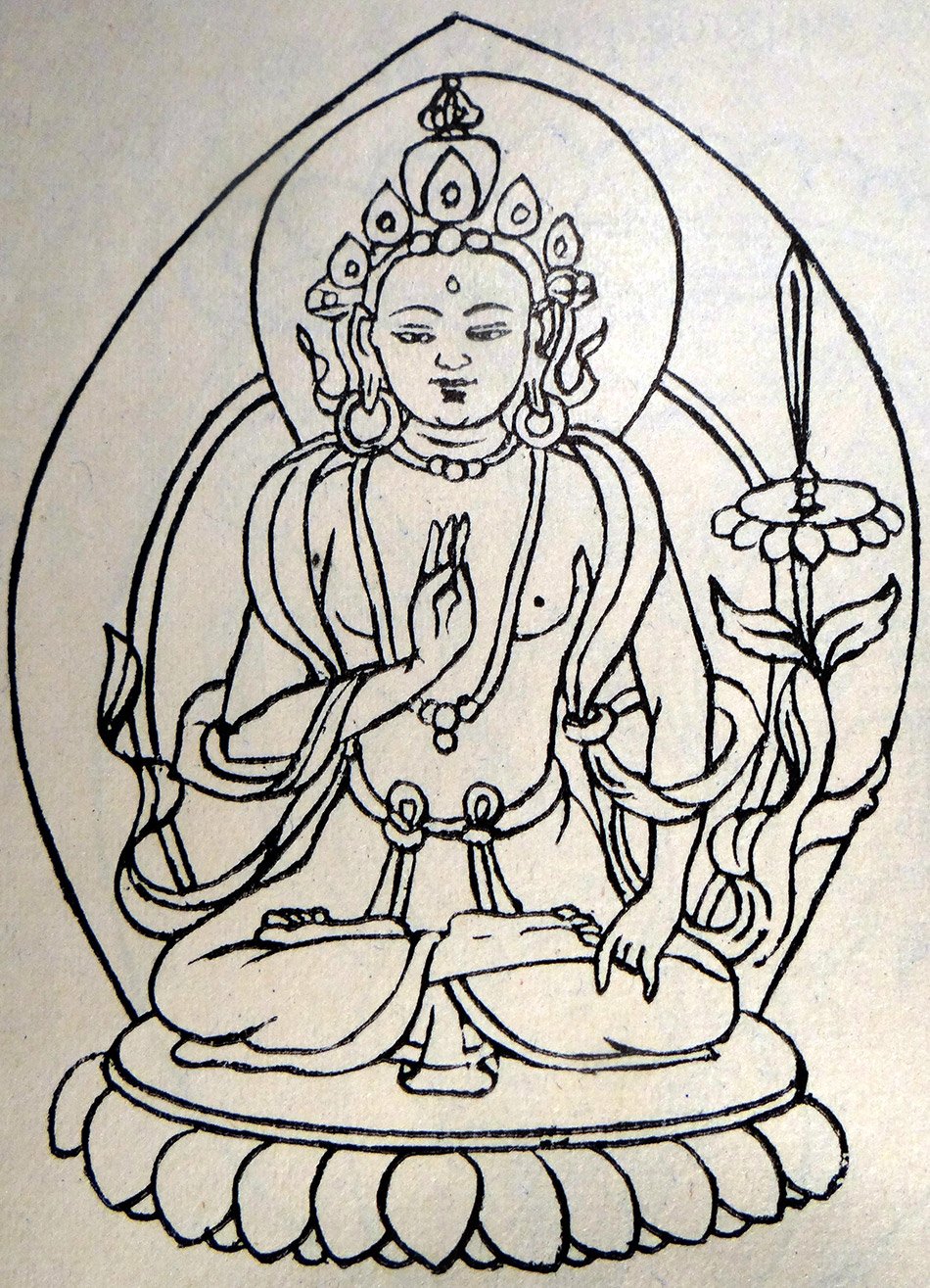 The Bodhisattva Pratibhānakūṭa is described thrice in the Niṣpannayogāvalī. In one he is green in colour, in the second he is yellow and in the third red, thus affiliating himself to the families of Amoghasiddhi, Ratnasambhava and Amitābha. He is not represented in the Chinese collection, nor his images are found in India. Fig. 62 is a Nepalese drawing of Pratibhānakūṭa.