This page contains an iconography image of Bodhisattva Amitaprabha and represents figure 61 of the book Indian Buddhist Iconography, based on extracts of the Sadhanamala English translation. These plates and illustrations represent either photographs of sculptures or line-drawing reproductions of paintings or other representations of Buddhist artwork. 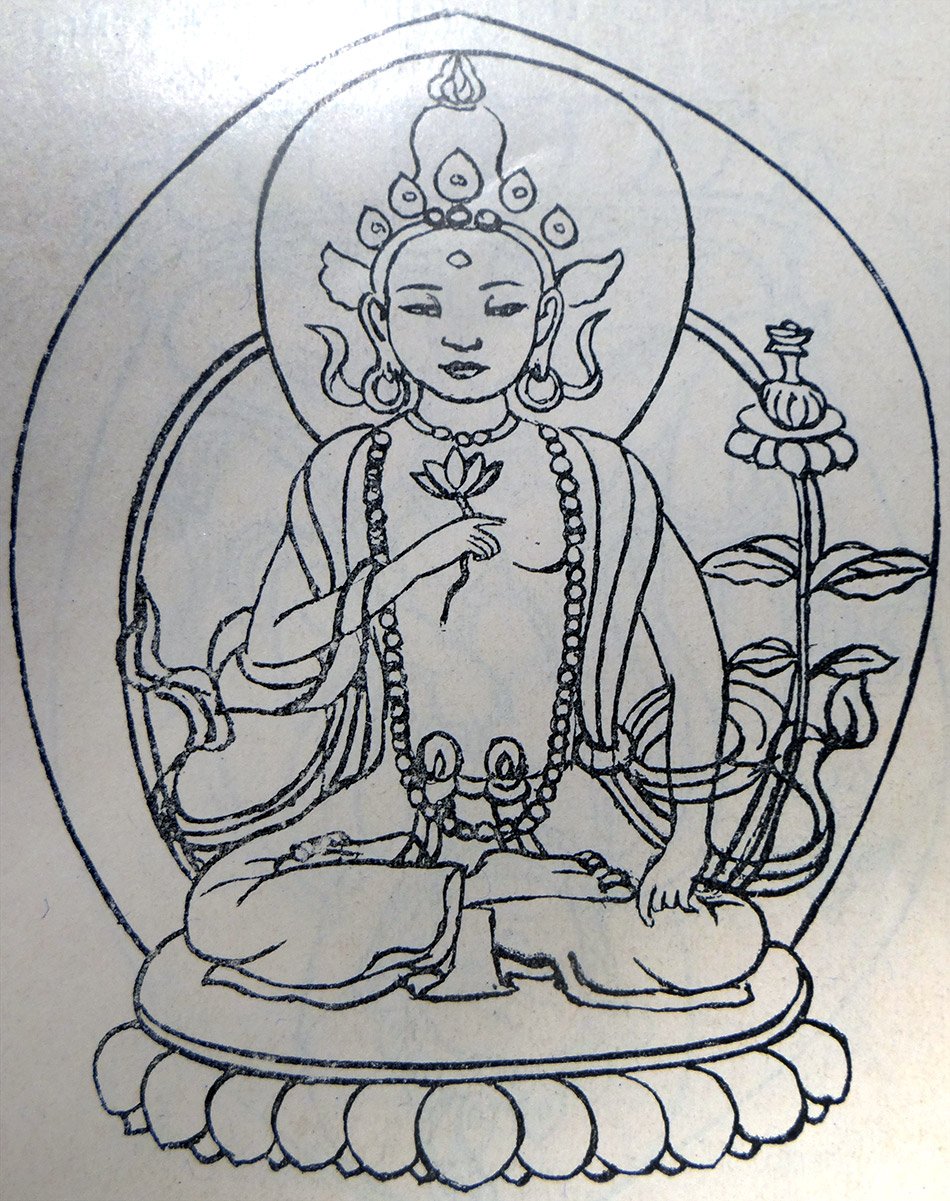 The Bodhisattva Amitaprabha (Boundless Light) also spelt as Amṛtaprabha (Light of Nectar) is described thrice in the Niṣpannayogāvalī. Twice he is mentioned as of white colour and only once as red. It thus appears that Amitaprabha should belong to the family of Vairocana because of his white colour. His spiritual father will be Amitabha when he is red in colour.

Fig. 61 is an illustration of a Nepalese drawing of Amitaprabha.