This page contains an iconography image of Bodhisattva Jaliniprabha and represents figure 60 of the book Indian Buddhist Iconography, based on extracts of the Sadhanamala English translation. These plates and illustrations represent either photographs of sculptures or line-drawing reproductions of paintings or other representations of Buddhist artwork. 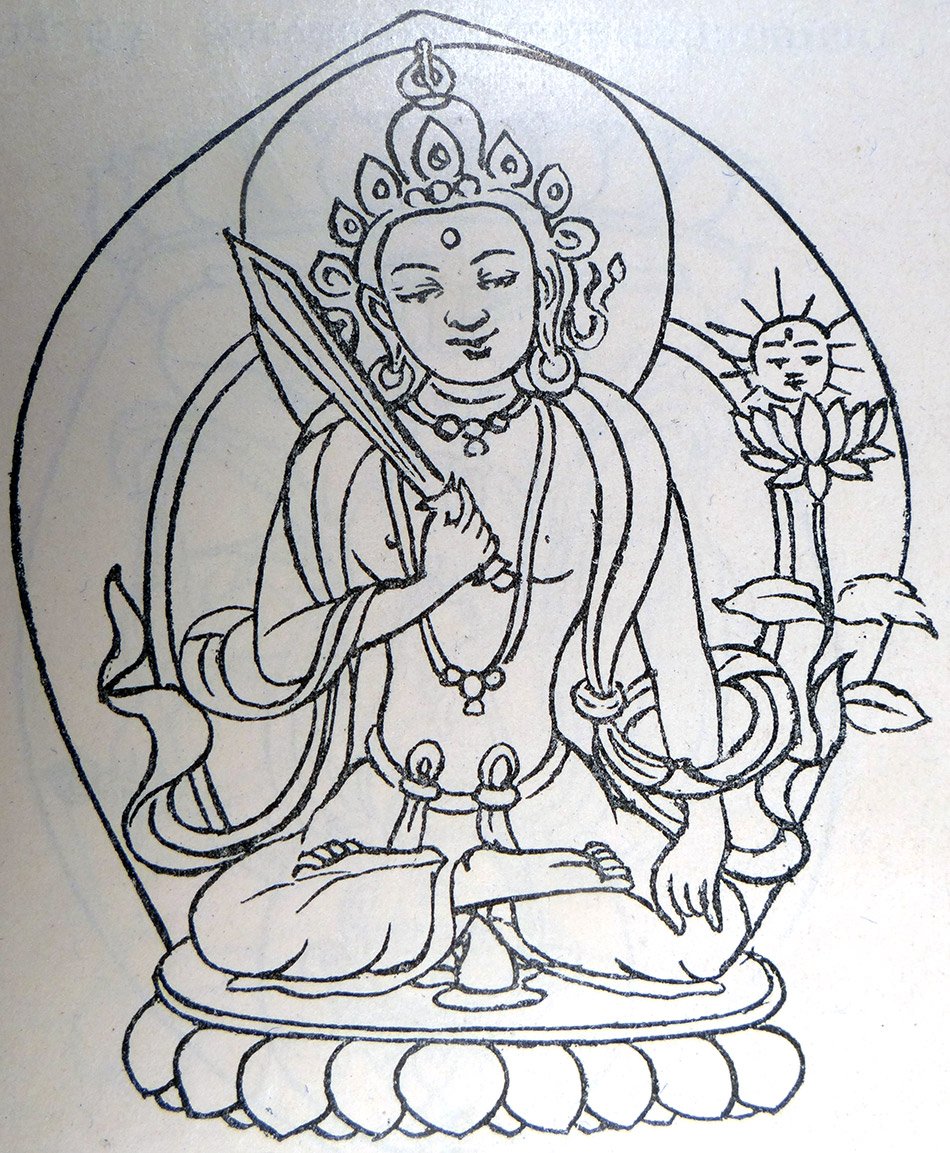 The Bodhisattva Jālinīprabha (Light of the Sun) is also known by the name of Sūryaprabha and he is described three times in the Niṣpannayogāvalī. The symbol of Jālinīprabha is the disc of the sun and his red colour suggests that he is the spiritual son of the Dhyāni Buddha Amitābha. In the Chinese collection he is represented as Amitābha. Fig. 60 is a Nepalese drawing of Jālinīprabha.