This page contains an iconography image of Vajradhatvishvari and represents figure 39 of the book Indian Buddhist Iconography, based on extracts of the Sadhanamala English translation. These plates and illustrations represent either photographs of sculptures or line-drawing reproductions of paintings or other representations of Buddhist artwork. 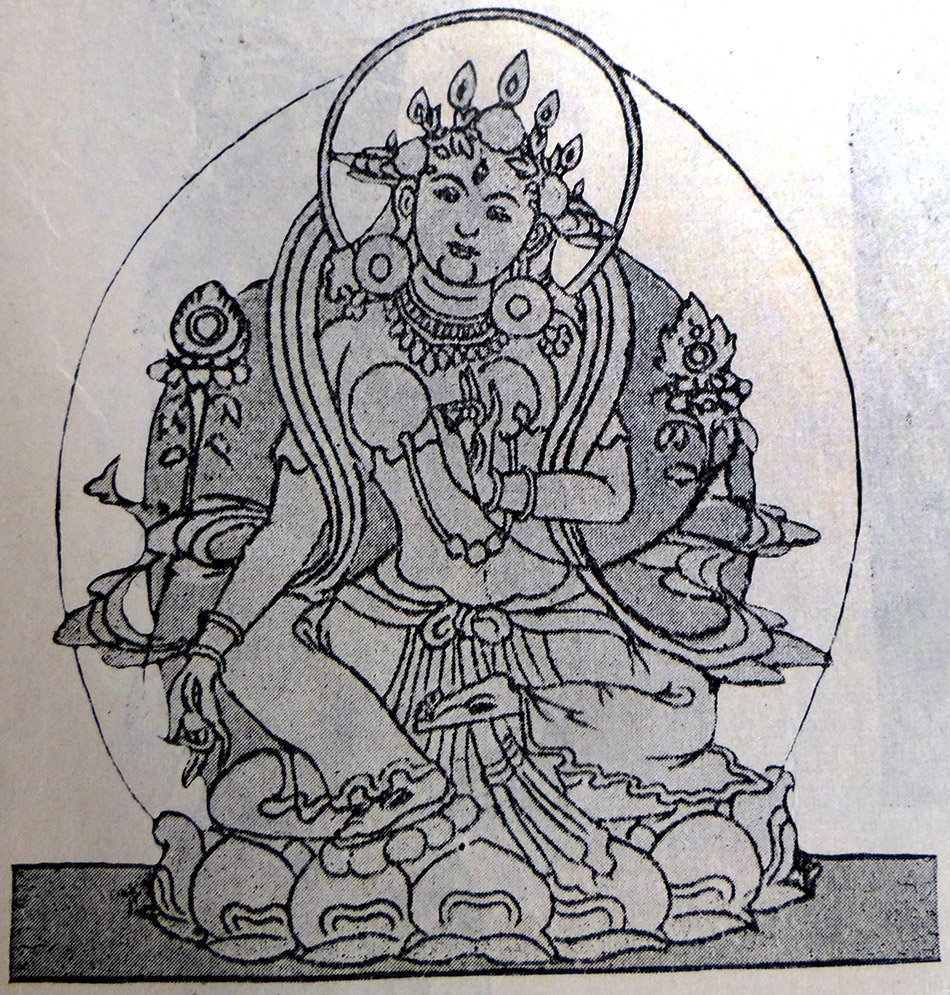 Vajradhātvīśvarī, according to a statement in the Advayavajrasaṃgraha is the deity of the centre surrounded by the four Buddhaśaktis, Locanā, Tārā, Pāṇḍarā, and Māmakī. She is said to be the embodiment of the highest truth in Mahāyāna Buddhism which is named differently as Tathatā, Śūnyatā, Prajñāpāramitā and so forth. Vajradhātvīśvarī thus can be taken as the spiritual consort of Ratnasambhava only, with the yellow colour and the jewel as symbol.

Images and paintings of Vajradhātvīśvarī are still rarer than those of the other Buddhaśaktis. One of her Nepalese paintings is illustrated here (Fig 39). She is known in Tibet.