This page contains an iconography image of Tara and represents figure 35 of the book Indian Buddhist Iconography, based on extracts of the Sadhanamala English translation. These plates and illustrations represent either photographs of sculptures or line-drawing reproductions of paintings or other representations of Buddhist artwork. 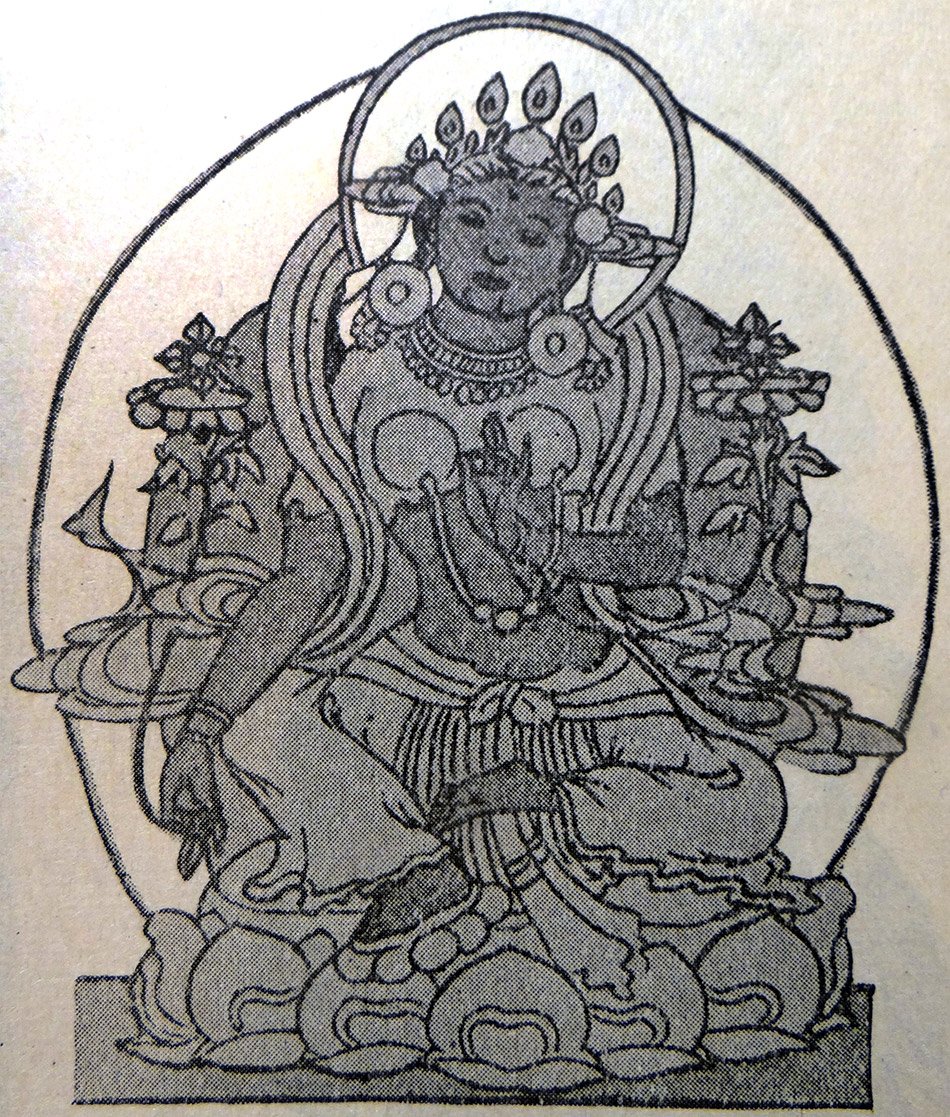 Tārā also called Tāriṇī according to a Dhyāna found in the Pañcākāra section of the Advayavajrasaṃgraha belongs to the Karma family to which evidently the Dhyāni Buddha Amoghasiddhi is also associated. The green colour of Tārā also suggest that she is the spiritual consort of Amoghasiddhi of green colour.

The same remarks apply to Tārā images and paintings which are rare in India. One specimen of her images is illustrated here (Fig. 35), In Tibet and China she is widely known.