This page contains an iconography image of Adi-Buddha, Vajradhara (from a Nepalese painting) and represents figure 12 of the book Indian Buddhist Iconography, based on extracts of the Sadhanamala English translation. These plates and illustrations represent either photographs of sculptures or line-drawing reproductions of paintings or other representations of Buddhist artwork. 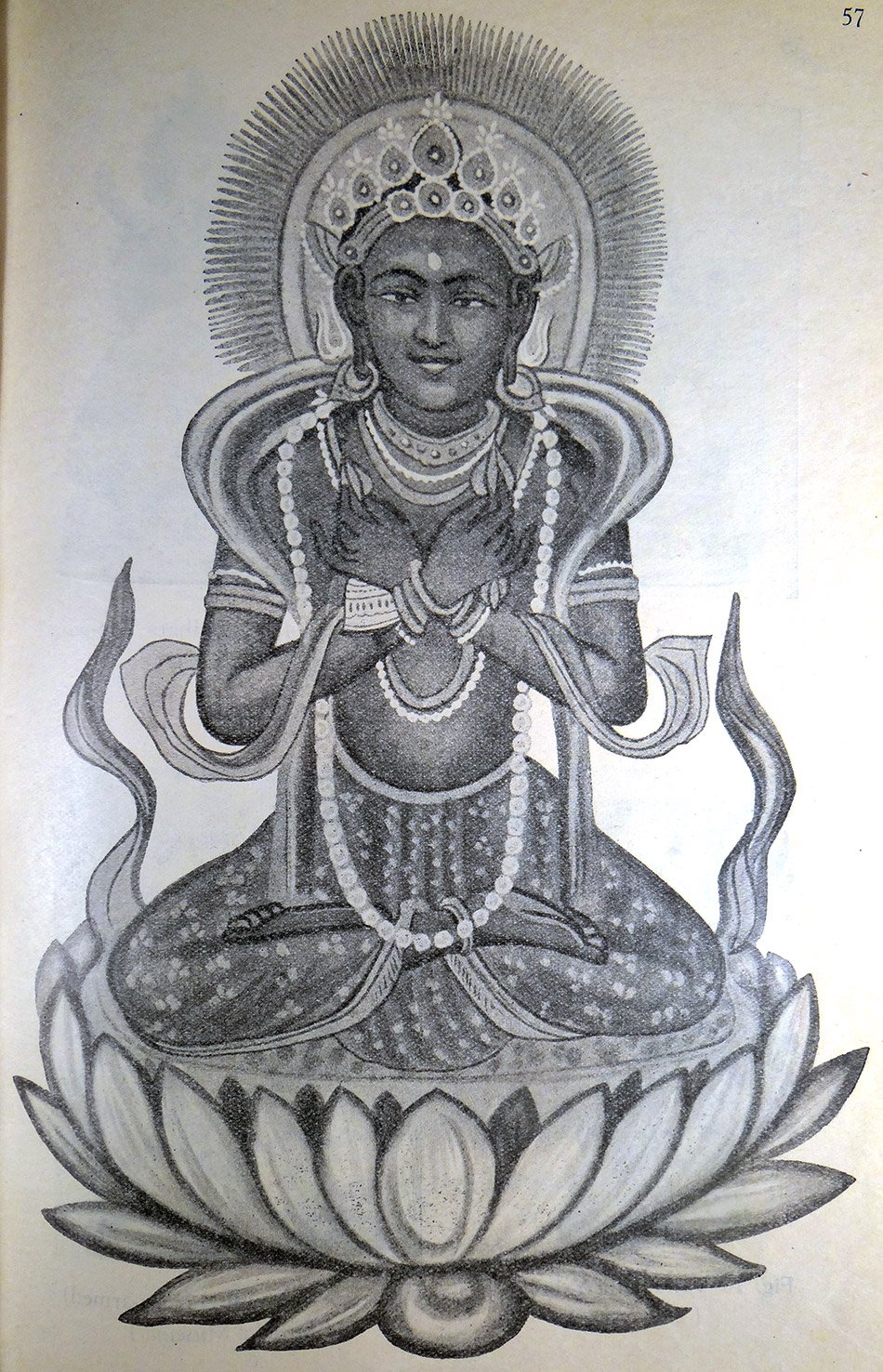 In Vajrayāna, Ādibuddha is regarded as the highest deity of the Buddhist pantheon, the originator even of the five Dhyāni Buddhas. When represented in human form, he begets the name of Vajradhara and is conceived in two forms, single and Yab-yum.

When single, he is bedecked in jewels, gaudy ornaments and dress, sits in the Vajraparyaṅka or the attitude of meditation with the two feet locked with soles of the feet turned upwards. He carries the Vajra in the right hand and the Ghaṇṭā (bell) in the left, the two hands being crossed against the chest in what is known as the Vajrahuṅkāra Mudra (Fig 12). The Vajra (thunderbolt) here is the symbol for the ultimate reality called Śūnya while the bell represents Prajñā or wisdom the sounds of which travel far and wide. Sometimes the symbols are shown on a lotus on either side, the Vajra being on the right and the Ghaṇṭā in the left (Fig 13).