This page contains an iconography image of Symbol Worship (2): Buddha’s Head-dress (Bharhut) and represents figure 3 of the book Indian Buddhist Iconography, based on extracts of the Sadhanamala English translation. These plates and illustrations represent either photographs of sculptures or line-drawing reproductions of paintings or other representations of Buddhist artwork. 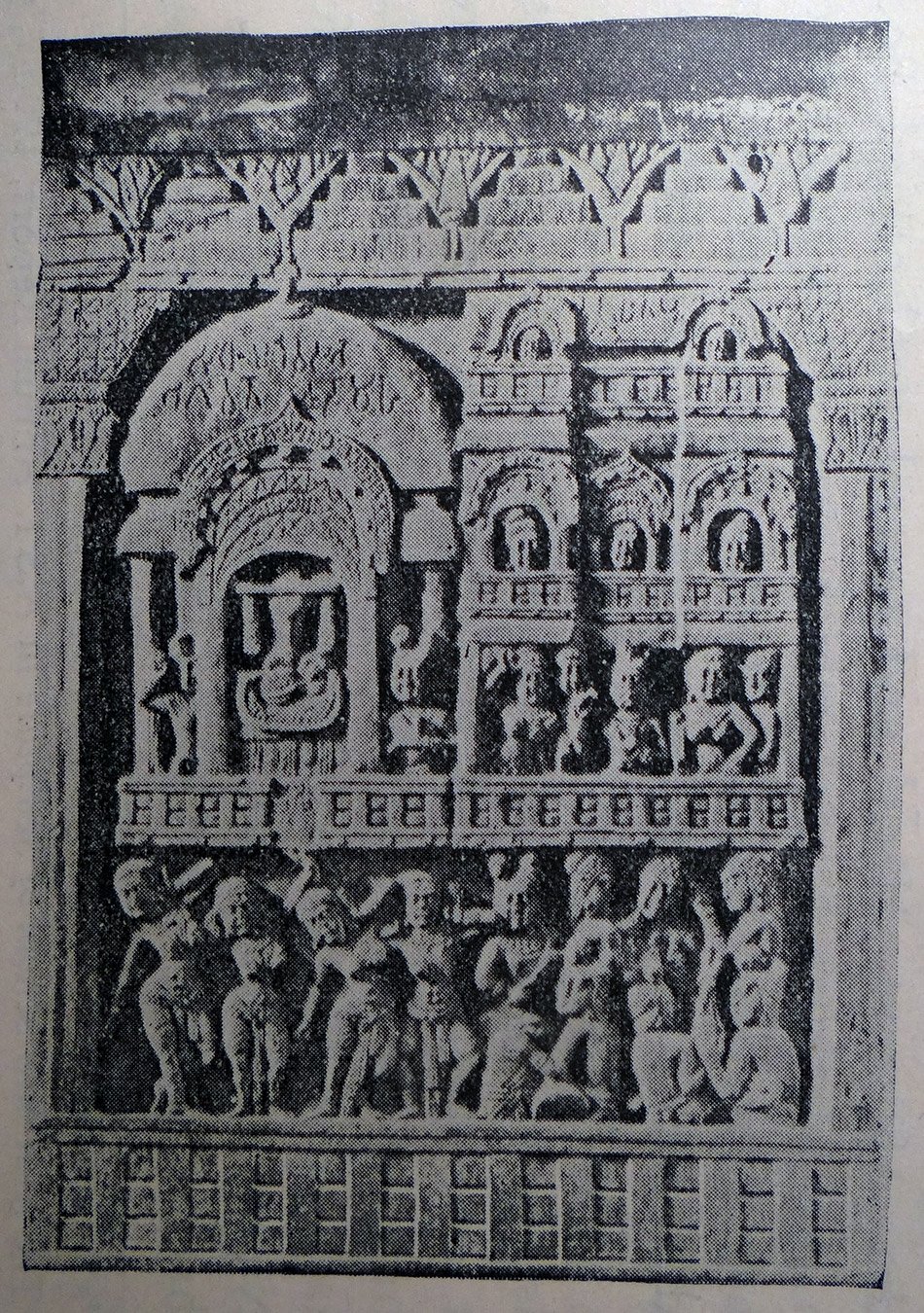 Description: Buddha was deified in Mahāyāna which considered him to be Lokottara or superhuman. In Buddhist art also Buddha images are not met with in the earlier schools such as Sanchi and Bharhut, and it is believed that the Graeco-Buddhists of Gandhara were the first to carve out his image in stone. In Bharhut and Sanchi scenes connected with the life of the Buddha, such as the dream of his mother Māyādevī (fig. 1), and the symbols of Buddha like the Bodhi Tree, his head-dress, his foot-prints (figs, 2, 3,4, 5), and the rest used to be freely represented, but his actual likeness was regarded as too scared to admit of representation. Dr. Coomaraswamy on the other hand has shown that the Mathura school of sculpture can have an equally strong claim to antiquity and probably for carving out the first image of Buddha.

The credits of figure 3 (head-dress of the Buddha) goes to the Archaeological Survey of India, New Delhi along with the Archaeological Museums at Calcutta, Lucknow, Sarnath and Nalanda functioning under the Department. Credits also goes to The Indian Museum, Calcutta.